02:03
You may be looking for Eldritch Valdemar or Valdamar IV.

Valdemar was an ancient entity believed to have been the last of the Old Ones. Stories and myths of it spread across star systems, as well as races.

According to legend, Valdemar was a black mass of life created or released by the Great Old Ones when they penetrated the higher dimensions. This force then swept across the universe like a stain, almost destroying the Great Old Ones. These myths also stated that it was a force that needed a lifeform to contain it. The possession was known as Stoodlhoo by the Alpha Centaurans, Prah-Tah-Cah by the Xanir and The Getting Into by the Ogrons.

The survivors were said to have killed Valdemar somehow and buried it on the planet Ashkellia. Stories existed on numerous worlds, including Gallifrey, that the entity survived and awaited its resurrection. In fact, the riddle of Valdemar and the Great Old Ones is number six on the list of great ten mysteries of the Universe. 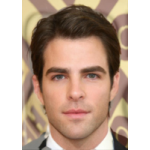 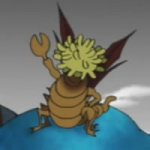