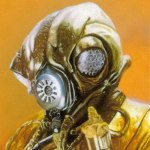 Hi, please do not alter another user's talk/discussion posts, this is against our Tardis:Vandalism and Unhelpful Content Policy#Altering of personal pages and postings policy. Thanks. --Tangerineduel 14:04, 19 October 2008 (UTC)

Additionally, for characters who appear as characters in the stories such as Orson Welles and Shakespeare it is better for them to be left as non-links or red links rather than link to wikipedia (as that takes the user to the wikipedia page rather than the in-universe Doctor Who version of their page). Thanks again. --Tangerineduel 14:04, 19 October 2008 (UTC)

Extermination is a little more than my humble powers allow for. But the user has been blocked. --Tangerineduel 14:07, 2 February 2009 (UTC)

Have moved Transsolar disc to Transolar disc. If there's evidence from one source against no evidence of another spelling I think that's cause enough to move an article to the proper spelling. As to the origins of the double-S spelling a google search disappointingly only points to this wiki. A more broad search suggests that some people have tried spelling it as 'trans-solar disc' which I would imagine is where the double S spelling comes from. All the pages that use the hyphenated spelling are reviews etc, so I think it's just one of those mis-spellings or assumptions that made the jump into the wiki. --Tangerineduel 13:09, 7 February 2009 (UTC)

Thank you for reverting the vandelism,

Hey I saw that you made a page for Star Wars Head to Head tag teams and i just wanna say that you should look at the signature moves some of the characters have(like Aayla Secura's) for instance and add it to the wookipedia, just a thought.72.229.183.70 22:28, June 27, 2011 (UTC)

Allow me to introduce myself. I am Cyber Dude, Internet Vigilante. I go to random wikis to revert vandalism and fix grammatical errors. I am very internet savvy. If you don't believe me, ask me a hard question about the internet. I will answer you as soon as i can. 119.160.142.4talk to me 08:19, August 19, 2012 (UTC)

Retrieved from "https://tardis.fandom.com/wiki/User_talk:Trak_Nar?oldid=1635101"
Community content is available under CC-BY-SA unless otherwise noted.