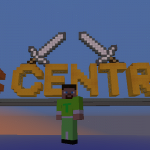 Thanks for becoming a member of the TARDIS crew! If you have any questions, see the Help pages, add a question to one of the Forums or ask on my talk page. Tangerineduel ☎ 14:53, August 23, 2013 (UTC)

Hi! Some of your images have been removed from pages because they are promotional images. We do not allow those on in-universe pages. Here are the sites that contain our image policies. I suggest you take a look at them.

Retrieved from "https://tardis.fandom.com/wiki/User_talk:Timppali?oldid=1638249"
Community content is available under CC-BY-SA unless otherwise noted.