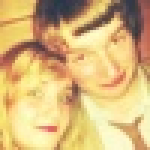 I've deleted the image and rolled back the edits made to the pages they were in. I was thinking though if the image came from a screencap from the actual DVD then that might be more covered by the BBC than the restoration team's copyright. What'd you think? --Tangerineduel 04:38, 20 February 2009 (UTC)

I think that's okay. As long as like you've shown they attribute where they come from with a wiki-link to the original image and also have the (whichever they're part of) copyright tags on them. Though the link can just be for example: File:Master_cover.jpg (check out File:Master audio.JPG where I've edited it to show the changes). Basically it's just like the categories to make them links rather than appearing in the body; [[:File:Master audio.JPG]]. Using the [[:Image:Master audio.JPG]] also works, at some point the wikis switched from using Image to using File as the prefix. Hope this makes it all clearer. --Tangerineduel 13:08, 13 June 2009 (UTC)

Yeah that's all good, the cropped images just need the same copyright tags as the covers they come from. --Tangerineduel 15:33, 14 June 2009 (UTC)

We use the images under fair dealing / fair use (search for both on wikipedia for a detailed definition) but it's basically; we're using it for research, study and whatever. All images have (or should have) a copyright tag attached to their page so we're not claiming ownership of the images. --Tangerineduel 14:54, 3 July 2009 (UTC)

In your recent edit to The Woman, you mention a character called Penelope Gate, who you say is identified "in some novels" as the Doctor's mother. Note that the link is red. One would assume such an important character, even if only in the novels, would have had an article written about her. I can't find anything to support which novels identify this person by name. Could you go back and add a source for this? This Wikia is inclusive in the sources it uses (meaning information taken from novels is considered just as valid as information from TV), but we still need to have a source cited, otherwise this is the sort of information that might be removed. Thanks. 23skidoo 23:11, February 17, 2010 (UTC)

We use things that are said in-universe to name the majority or articles, I think it's better to have an in-universe title name for the article than to name it 'Crack' and then have to put a conjecture tag at the top of the article. You can add a topic to the talk page of the article and begin a new discussion relating to the topic of the name. Thanks. --Tangerineduel / talk 14:20, February 14, 2011 (UTC)

You are missing out Edit

Thanks very much for your recent addition to Seventh Doctor. However, please bear in mind that all thumbnails must not have a size specified. See T:THUMB SIZE for more info.
czechout ☎ ✍ 15:40: Mon 13 Aug 2012

Retrieved from "https://tardis.fandom.com/wiki/User_talk:The_Traveller?oldid=1634767"
Community content is available under CC-BY-SA unless otherwise noted.