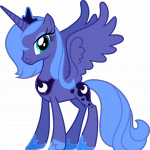 HI, thanks for your recent additions. While it isn't against our manual of style it is preferable not to copy large swathes of text from wikepdia we're seeking to create a unique separate encyclopaedia (more info see Tardis:Manual of style#Use of material from Wikipedia). Thanks. --Tangerineduel 05:38, November 25, 2009 (UTC)

Thank You so much for fixing World War Three I did exactly what you did but seemed to make it worse so I don't know what happened I usually know what to do but like I said for some strange reason didn't work. Thanks again. -- Michael Downey 20:46, February 23, 2010 (UTC)

After your edit to Cold Blood, I took a quick look at http://doctorwhotv.co.uk/pandorica-pics-new-info-6135.htm and http://doctorwhotv.co.uk/cold-blood-spoilers-6148.htm and couldn't find anything about Rory in a gladiator outfit. Also, from what I can tell, the entire TARDIS crew may be visiting Roman Britain, so there could be other reasons for Rory to be in a Roman getup. Also, I'm not sure what a gladiator uniform is. Can you put in a reference? (If you don't know how to use the ref tag, just add the link on the Talk page and I can do it.) --Falcotron 00:21, May 27, 2010 (UTC)

It sounds like they're discussing the same picture of Rory in Auxilliary armor that I read about elsewhere, not in a gladiator outfit. Which makes more sense. Anyway, thanks for adding the link; very nice! --Falcotron 06:50, May 27, 2010 (UTC)

I am well aware of the fact that Godmother's are USUALLY named when a child is BAPTISED(not born) and a)Time Lords(or Gallifreyans) are NOT human so they might have a different custom. b)Since Godmother is something of a religious connotation it is entirely possible, perhaps even probable, that Time Lords do not have the custom at all, since they are portrayed as being rather unreligious. c)As I noted he travels around a lot so it is entirely possible that he encountered some culture with the practice and was 'adopted' by someone as a godson(looked up Jonathan Frakes and Alfre Woodward, she has apparently declared herself his godmother, so it can happen later even on earth)Doorofnight 03:22, June 6, 2010 (UTC)

i have got a good picture i was going to upload on the silurian page but has been blocked, the image is where the silurians are about to execute the tardis team

so can you please email me at spyro1666@yahoo.com

If you come across a page with major issues leave one of the cleanup tags on the article or in the case of vandalism leave a message on an admin's talk page. Thanks. --Tangerineduel 14:47, July 26, 2010 (UTC)

Thanks for spotting the spelling error "sheild gun". I've made a new page with corrected spelling, but can't delete the original. Can you? Dragonmaster79 20:26, September 30, 2010 (UTC)

Hunters of the Burning Stone Edit

Is there any chance that you could supply images from Hunters of the Burning Stone? It would be extremely helpful. If you can, there are a few specifics that I need. OS25 (talk to me, baby.) 01:47, February 9, 2013 (UTC)

I assume you're talking about the "edits since joining this wiki" edit count. It's appears to be working now.

With future issues (and there will be other problems) I've found it's best to wait 24 hours before worrying about it. Wikia sometimes just hiccups, sometimes they push out updates and that throws spanners into the works. These things usually rectify themselves within 24 hours or so.

If it doesn't then you can contact Wikia using the Special:Contact/general form and they usually pretty quick with getting back to you. --Tangerineduel / talk 14:39, February 28, 2013 (UTC)

With respect to the day counting issue you posted at user talk:Mini-mitch, your contribution history clearly shows that you had a 24h19m gap between 28 Feb and 1 March. You effectively missed the day of 1 March. There is no way to remedy this situation. However, you are in a good position to now reap more points out of this particular editing track. You can once again win points for the various lower badges — something you can't do once you've won the top prize for 365 days of consecutive editing.
czechout ☎ ✍  04:12: Tue 05 Mar 2013

Because images appear on every page, by virtue of the photos module, you are forbidden to upload images of anything from stories which have not yet broadcast. Thanks for just spoiling everyone about the existence of certain characters in the upcoming series by virtue of your now-deleted image. Don't do anything of this kind again or you will be summarily blocked for no less than six months. Please re-read T:SPOIL and particularly T:OFF REL for our definition of spoiler.

Moreover, your image violated the general guidelines at T:ICC in other ways. Not only did it fail to have a widescreen orientation, it was also not an in-universe image. Please read T:IUI.
czechout ☎ ✍  04:40: Tue 05 Mar 2013

Hey, could you please stop adding pages to category:Mammals? Per T:RECURSION, you should put an article only on the most specific category possibly, and not the more general ones that the smaller ones branch from. Fox, to take a recent example, is already in the category Canids, which is a subcategory of Earth mammals, which is in turn a subcategory of Mammals. T:RECURSION explains just why: to save bots like mine a whole lot of trouble. Thanks. --SOTO ☎ 01:20, January 17, 2014 (UTC)

Retrieved from "https://tardis.fandom.com/wiki/User_talk:The_Nth_Doctor?oldid=1654503"
Community content is available under CC-BY-SA unless otherwise noted.