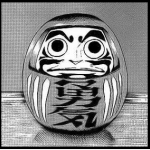 Thanks for becoming a member of the TARDIS crew! If you have any questions, see the Help pages, add a question to one of the Forums or ask on my talk page. Amorkuz ☎ 13:22, October 27, 2019 (UTC)

Within the text of the message you left on my talk page you've already identified problems with your suggestion.

This wiki doesn't just cover a time travel related series, there's a lot we cover that is time travel, that isn't, and that's time travel adjacent.

if we were to have such a category on this wiki, only the ones whose deaths were either witnessed in the series or seen as absolute (for instance Amy and Rory's)

For this we would endlessly be having discussions on what "witnessed" means and what "absolute" meant.

when we know those characters will very most likely never be seen again.

This is a very dangerous classification for including characters in a category, as there's stories always being written and dredging up old characters to have new lives back in 1997 Jo Grant featured in the novel Genocide and at the time some thought it was unlikely she'd ever appear co-temporous again, she went on to appear in Death of the Doctor 13 years later.

(i have seen all the new series but not the old ones yet, it's only a matter of time)

I admire your enthusiasm, but this wiki covers a huge amount more than just the new and classic series. A lot of the categorisation of articles is the work of multiple users and bots.

In your proposed category we couldn't just set a bot at it, and we'd have to have a lot of discussions about what deceased for individuals might mean.

There's also individuals with several accounts of their lives, some where they may have died and others where they did not; Ace is a fairly obvious example.

Retrieved from "https://tardis.fandom.com/wiki/User_talk:ThePurpleShadow?oldid=2800891"
Community content is available under CC-BY-SA unless otherwise noted.