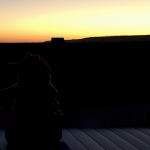 sir may i be a admin i have been watching doctor who since baker and i believe i could be admin material thank you--TheLastTimelord 05:24, January 2, 2010 (UTC)

A few things I have been thinking about regarding to the above two. I though I would sound them out to you. --Bigshowbower 13:24, January 2, 2010 (UTC)

Talk page Can we implement some sort of warning when a user creates a talk page saying something like "This page should be used to discuss relevant edits - not to discuss plot holes, rumours and speculation" or something along the lines. For example (you've probably seen it already) but the various discussion on The End of Time page, another user has commented on the discussion saying how they should be in the forums. I have asked various users to discuss in the Forums.

Infobox addition The infobox regarding individuals could it have another section added called "Mentions", just like other infoboxes.

I've actually had a go at using the same clean up template but modifying the the text, it is on my user page. Please feel free suggest any changes. --Bigshowbower 03:36, January 3, 2010 (UTC)

I've been noticing lately that it's been causing a lot of issues, specifically in that it adds random &nbsp; spaces all over the place and a large number of blank lines after every simple template that it finds. In fact, one of the recent series of edits to the article on the latest special made it so that the 6 templates at the bottom of the page took up over 3 full screens of blank space and scrolling. Is there anything you can do to request that it get turned off along the way? -- sulfur 19:16, January 2, 2010 (UTC)

Template boxes for every Doctor Who novel

Seeing as you have a template box for TDA and EDA I think we should have one for every doctor and maybe even Torchwood Novels. --Catkind121 10:47, January 4, 2010 (UTC)

We might want to keep an eye on this year article, in particular the DWU section. I just removed items relating to 11th Doctor episodes that haven't even aired yet (including one suggesting the Doctor meets Amy in July). Someone also put forward the guess that the Mickey and Martha scene from End of Time takes place in January 2011 when there's nothing to suggest it couldn't have taken place in 2015 or some other time. I'm not suggesting page protection at this point, but as more plot tidbits regarding Season 5 begin to emerge, it'll be worth keeping an eye on the page (as well as 2010) for nonsense. 23skidoo 20:04, January 4, 2010 (UTC)

Just FYI I've blocked a couple of anonymous IPs for posting vandalism. One managed to hit a bunch of SJA-related pages and create a nonsense article on a nonexistent episode. (I thought anonymous IPs weren't allowed to create articles?) Another hit one of the DWM pages. These things seem to come in waves so I'll keep a weather eye out. Sadly we can't permaban IPs because they're often shared by legitimate users. Usually if they get blocked for a day or so they get bored and go after another website... 23skidoo 21:09, January 6, 2010 (UTC)

I notice that older discussion threads on your Talk Page eventually go away. What is the policy here on archiving talk pages? On Wikipedia we're encouraged (some might even say not allowed) to delete "legitimate" discussion (automated messages and mundane/nonsense postings don't count), which has resulted in some users (such as myself) accumulating dozens of Archive pages. Does such a requirement exist here, or can we just delete old items? I for one would be happy not to have to maintain an archive and just delete outdated material. 23skidoo 14:26, January 7, 2010 (UTC)

I reverted vandalism on the main page, the user Cyberbarber tried to add a catergory for Action figures. --Bigshowbower 10:03, January 9, 2010 (UTC)

Retrieved from "https://tardis.fandom.com/wiki/User_talk:Tangerineduel?oldid=285098"
Community content is available under CC-BY-SA unless otherwise noted.