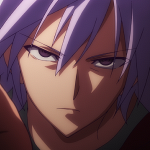 Hi! Please read Tardis:Spoiler policy. Your edit to Trenzalore has been removed. Do not make any edits about future releases. Thanks. Shambala108 ☎ 03:39, November 28, 2013 (UTC)

We decided some time back not to use message walls, though I can't remember the specific reasons. To answer your question, yes, when two people message back and forth they use each others' talk pages. Many people find it easier to have two windows open, one with the message on their own page, and one for the response they are writing. Shambala108 ☎ 02:47, May 7, 2015 (UTC)

Retrieved from "https://tardis.fandom.com/wiki/User_talk:Stryzzar?oldid=1886210"
Community content is available under CC-BY-SA unless otherwise noted.