Currently, the only things you have to do to join are to put your username with a link to your userpage in the relevant sections of the HTL page and Sichamousacoricothingmabob's main userpage. ~ Ghelæ -talk-contribs 14:45, 8 October 2007 (UTC)

See above. Sichamousacoricothingmabob hasn't been active on this wiki since 26th July 2007, so this project is basically inactive anyway. ~ Ghelæ -talk-contribs 16:02, 28 January 2008 (UTC)

Well, I've already put my name down and everything, but I suppose technically I should make a request here even if Sichamousacoricothingmabob is inactive. :-P --The Traveller 20:27, 11 March 2009 (UTC)

According to te article on Time Lords:

The Time Lords and Time Ladies (sometimes called "Lords of Time" or, rarely, "Chronarchs") were the oligarchic rulers of the planet Gallifrey. They possessed the power and technology to travel through both time and space in their TARDISes.

Now what part of that refers to us?

Yes, I know the New Time Lord Order may one day be a major grouping of the Tardis:TARDIS crew members, but for now we're very little. And even if one day we do control (some of) it, so what? And as for advanced technology, I don't have a TARDIS, you claim yours has broken down, and TARDISes themselves are nearly extinct, so unless you can create more Tardis-coral... However, there is a third reason - to remake the Time Lords, a powerful group nonetheless. But apart from that... there isn't really much purpose of the H.T.Ls at the moment. ~ Ghelæ -talk-contribs 16:24, 23 February 2007 (UTC)

Ultimately, what's the point in this? Yes, I know it'd be a good idea to create a new order of Time Lords, yet there are a few points about it:

Posted below is Si's reply on my talkpage:

Just wait. eventually this wikia will be called "the Human Time Lord Wikia" .

You asked what we are supposed to do. well i think the best thing to do currently is to find anyone else who'd like to train to become one. their are 3 easy steps
1.ask if they want to do it.
2.put their name on the members list on both the list on my page ant the h.t.l page (i read somewhere u have to get permission to edit other people's user page so to to let u know u've got permission to edit it by adding names)
3. ask them on their infobox the add the fact their a human time lord (training).

Now a (slightly more detailed than the one on my talkpage) reply of mine to the above:

The thing is though, even if this is going to be called the Human Time Lord's wikia, so what? So what if we own a small insignificant subsectoin of an illtrusted site? It means nothing really. What's so good? ---Camewel

Here we should have some discussions on training, and how it should take place and what should happen. Because currently, I have no idea how it should work. ~ Ghelæ -talk-contribs 16:24, 23 February 2007 (UTC)

it could be done as a quiz, or an exam to put it the formal way. ---Camewel

Sorry I haven't been about much, school exams, can see where u got the idea from Cam (just in case anyone didn't know he is in the same school), that wouldn't be a verry bad idea, see who knows most about it and reward them somehow (under the tearms of badges ect not real items.) ----Si Iway amway Ichamousacoricothingmabobsay.

I think that we should do like a few questions each and make it into one big test, with higher ranking members setting more questions and low ranking members who contribute less answering more, with like a best or worst table, showing who did best ---Camewel

Maybe, although with very few members that wouldn't work very well at the moment. Maybe when we have more it might. ~ Ghelæ -talk-contribs 06:52, 9 December 2007 (UTC) P.S: I'm still here, Si hasn't been active since July though (perhaps you should check on the other wikis he's active on).

I've changed heads to another section of the members instead of being in italics for now, is that okay? ~ Ghelæ -talk-contribs 13:32, 24 February 2007 (UTC)

Although if we have another leader, could you place me as the third, like Rassilon-Omega-Other? I don't like being, well, similar. ~ Ghelæ -talk-contribs 17:50, 26 February 2007 (UTC)

I'm thinking of making a logo on paint. what desighn would u suggest? pehaps earth with some random squibbles on it or can u think of any better?--Si 12:54, 24 February 2007 (UTC)

I don't think we should have the Tardis in their as it's the Doctor's Tardis. From reading the novilation of the claws of axos, when Axos captured the Master's Tardis, it was in the shape of a dome, is that the Tardis' default shape?--Si 14:05, 24 February 2007 (UTC)

I don't know, according to the Gallifreyan Gardens article on this wiki, they naturally appear as a plain box, although that article isn't sourced and may just be fanon, so there's no way to check. ~ Ghelæ -talk-contribs 14:08, 24 February 2007 (UTC)

Yeah, sure, but try to save it as HTL_test_logo_2.JPG or HTL_test_logo_1.2.JPG or something slightly different. Not that I'm really bothered, it's just a test image and I could always reupload it if I cared. ~ Ghelæ -talk-contribs 14:17, 24 February 2007 (UTC)

They're a bit... busy. I'm personally starting to go off the Earth+symbols idea. Perhaps we should just do a version of the Seal of Rassilon? ~ Ghelæ -talk-contribs 14:02, 25 February 2007 (UTC)

This! I'm no sure about the backrouns couler though. what couler do u think I should use?

Here it is, although I think it should a more symmetrical design like the original Seal of Rassilon myself, and personally I don't like the idea of the logo having the letters "I W", even though that is your Human pseudonym. ~ Ghelæ -talk-contribs 19:18, 25 February 2007 (UTC) 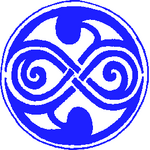 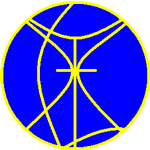 I prefer the one that's currently at the bottom myself. ~ Ghelæ -talk-contribs 14:50, 4 March 2007 (UTC)
PS: Azes13 has decided to create a Sovereign Earth Reptile Empire!

I don't really like the name "other members" because if i were just a member i wouldn't like to be classified as "other" something do you get where i comming from.--Si 14:35, 24 February 2007 (UTC)

Yes, I suppose, but until we have enough others we can't really group them as anything else. In theory, we could have scientific advisers, the outer and inner councils, etc, but not with only three official members. ~ Ghelæ -talk-contribs 14:42, 24 February 2007 (UTC)

I'll make a simular one that says human time lord instead. btw is there a shortcut to this wikia you know like to link to wikipedia you put [[wikipedia:page]] so is their one that libks other wikias to this?--Si 18:57, 25 February 2007 (UTC)

Okay. But we shouldn't let it get too large. And we'd better make sure only people with usernames and who contribute to the wiki should currently be members. I think. ~ Ghelæ -talk-contribs 15:44, 7 March 2007 (UTC)

Isn't this...sort of creating an us vs them sort of thing within this wiki? (just to be clear I see myself in the them, rather than the us category). If this were anything and I had to take sides, I'd be hanging out in the Eleven Day Empire. --Tangerineduel 15:58, 15 March 2007 (UTC)

Sorry I don't get what this argument is about. Ghelæ, from I gather, something about "factions", "Eleven Day Empire" ect. also can i call you Ghel as it takes me a while to copy æ from your signature to this talk page. oh nad i;m on my 2 weeks holiday so i will be able to post more now I don't have to do homework 24/7 after then it's gonna be a bit dodgey--Si 19:51, 30 March 2007 (UTC)

Instead of having letters and numbers on our icons, I though that each leading member would just have their own differently coloured symbol to specify them, and all rank would be taken from the symbol by knowledge of the person (or, alternatively, by reading the image page/person's user page). After all, we won't be around for ever, and chances are we won't be of the same rank either. ~ Ghelæ -talk-contribs 11:04, 2 April 2007 (UTC)

Well I was thinking that if we ever changed our position, we just change it on our symbol. If you want to chamge your symbol, feel free, just make sure that it is changed here too!---Si

Alright, I've made a different pic, redone my sig, and found out how to stop that little external link arrow coming on op the sig - the <span class="plainlinks"> tag. ~ Ghelæ -talk-contribs 11:47, 2 April 2007 (UTC)

how does the <span class="plainlinks"> fit in to my signaure?---Si

Hang on I think i just messed up my signature let me just see.---Si

Retrieved from "https://tardis.fandom.com/wiki/User_talk:Sichamousacoricothingmabob/Human_Time_Lords?oldid=1633933"
Community content is available under CC-BY-SA unless otherwise noted.