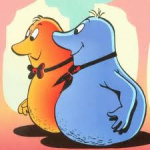 Prisoner of the Daleks

Hi, you were correct that I listened to Prisoner as an audiobook. While I realise it's not a conventional audio story it was my first experience of Doctor Who in the audio medium so it took the place. --Borisashton ☎ 06:14, September 25, 2019 (UTC)

Hi I am referring to your post to User:Amorkuz that he must follow Tardis:You are bound by current policy. That's not your job to decide, mention, or enforce.

Please please please stop trying to second-guess everything said by the admins. We are trying our best to enforce the rules and educate the users, and it doesn't help to have users who nit-pick every single post for possible errors. Thanks Shambala108 ☎ 05:13, October 4, 2019 (UTC)

Hi, apologies, I was away from the wiki for a few days and when I came back I had several messages waiting for me. Somehow I overlooked your signature and answered your questions on someone else's talk page.

It's not a bug that the 10000 thread was not in Board:The Matrix Archives. When I close a recently debated thread, I leave it in the original board for a bit, because these boards, and especially The Matrix, are excruciatingly difficult to search, and I want to make it easier for those who have been reading/participating to find it. I did move it yesterday, so now it's in The Matrix.

And I've left the issue of whether to allow 10000 to User:Amorkuz and the other two admins, since they were the ones who did the major amount of research into this issue.

Hey Scrooge, I was just catching up on recent Panopticon threads and stumbled upon this post, where you parenthetically mentioned that

Some [invalid stories] were meant as nothing more than a bit of "non-canon" fun, and shouldn't be misconstrued as an intent to make a new continuity. This would, for instance, include most parodies, and even things like Death Comes to Time.{{{2}}}

I agree with your sentiment, and the parodies example is unimpeachable. But upon reflection, I realized you might not be familiar with the award-winning audio series The Minister of Chance, which was written by the author of Death Comes to Time in a very real attempt to continue the new Doctor Who Universe continuity started in that story. Maybe you already knew about this, but I feel as if it's aligned with your interests, so I just figured I'd mention it! – N8 (☎/👁️) 15:12, December 13, 2019 (UTC)

Hi, I hope you understand that the reason why only admins are "allowed" to do certain things on the wiki is to keep new/inexperienced users from making mistakes that take time and effort to clean up. Allowing experienced editors to occasionally do such things might give new users the idea that it's ok for anyone to do it. So the rules are pretty strictly enforced for that reason.

At any rate, Thread:211580 ruled that DW skits in other shows don't need their own pages, but should be placed on Cultural references to the Doctor Who universe. The Clown Court special (TV story) is part of the Noel Edmonds Saturday something, and that is not a DW production, so its information should be put on the applicable Cultural references to the Doctor Who universe page, and then it should be deleted (as should Noel Edmond's Saturday Roadshow special (TV story)).

I'm really glad you asked. Because SOTO does not seem to be willing to allow additional fact finding. They are preparing to close the thread based on their research. Apparently, this research was not as thorough as all that, or else they could have closed the thread yesterday. So they just stifle debate to win more time for themselves. Not sure what precedent they base it on. Not sure how much more time they still need, after 4+ months of silence.

So let me explain how Arcbeatle Press games systems without spending too much money. They use the same strategy that Donald Trump used to get into the Forbes listing. The company publicly inflates their capitals, profits, or in this case fan base trying to pretend to be more successful than it is. Preferably, this is done in a hard-to-verify manner. If sufficiently many people buy it, the lie becomes the reality. The best part is that you can ask your friends, girlfriends, etc. to pretend to be fans. You can ask your collaborators to pretend to be independent fans and defend you publicly. The risks for them are low. The benefits for Arcbeatle are high. If you remember, in the first debate, several participants never disclosed their relationship to James Wylder and Arcbeatle Press until I called them out.

Turns out, the same happened earlier on Amazon, where Wylder publishes their books. Amazon has a review feature but naturally prohibits creators themselves from reviewing their own creations. You might be interested to learn that there Arcbeatle Press had less success than here. One of the people they list as employees was caught reviewing their own books and banned from reviewing on Amazon. This I have a proof of and would be happy to present it on the thread, although I fear SOTO would try to shield Arcbeatle Press from this damaging information coming to light.

Another marketing strategy included Wylder's multiple friends on social networks. He made one of his books free for some time and started asking all his friends to "buy" it. Friends did not lose anything. Apparently, he chose a good week for it because his book became the best "selling" book of the week in the category of free books in the genre. However, when trumpeting his achievement, Wylder omitted the mention of free and claimed that his book was best selling in this genre.

We know this strategy is successful: Donald Trump did become the president, after all. The tiny little problem is that people around you, those helping you have to lie. Just a little bit, just a harmless lie to help a friend. They probably even feel good: helping the underdog and stuff.

But these lies corrupt. I do not know if you like what is going on around the Arbeatle inclusion debates. Do you enjoy them? Would you like to have more of them? Wouldn't you like Revan to continue his activities, not being embroiled with conflicts of interests? This is the price this community has already paid for lies. I fear we are not done paying.

Sometimes I have questions because I have not been vigilant enough. For instance, in October 2019, James Wylder deleted all messages on his Twitter account. What is he hiding? I do not know.

Oh, and if you think that James Wylder never lied about the origins of his literary works, you might be surprised.

Let us see whether SOTO opens up the debate for me to present the evidence I have accumulated of these deceptive practices. I do not actually have a reason to believe you are connected to Arcbeatle Press. Sorry if it sounded like it in my message to SOTO. You can show your neutrality by demanding that this evidence be presented. Then the community can decide whether it is sufficient not to take every marketing statement by Arcbeatle Press as infallible. Amorkuz ☎ 18:15, January 12, 2020 (UTC)

Retrieved from "https://tardis.fandom.com/wiki/User_talk:Scrooge_MacDuck?oldid=2832488"
Community content is available under CC-BY-SA unless otherwise noted.