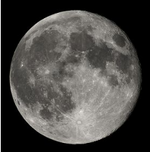 We hope you'll enjoy being a part of our community! If you're new to either us or wiki editing in general, you might want to check out some of these links:

Remember that you should always sign your comments on talk and vote pages using four tildes like this:
~~~~

Thanks for becoming a member of the TARDIS crew! If you have any questions, see the Help pages, add a question to one of the Forums or ask on my user talk page.

I think it came from this Q&A session from someone who went to the press screening of the opening 2 parter. [1]

If you see the talk page, the general consensus was to leave the timeline as it is until part two sheds more light on the order. In addition, there is no clear evidence beyond River's opinion that it is indeed before The Big Bang. She knows who Rory is suggesting it is after.----Skittles the hog--Talk 15:26, April 25, 2011 (UTC)

It was removed in the process of reversion, feel free to reinstate it. Also, please reply on my talk page, not your own. Thank you for your contributions.----Skittles the hog--Talk 15:32, April 25, 2011 (UTC)

Please note that on this wikia a TV story never "trumps" a story from other media. An example is tha case of What I Did on My Christmas Holidays by Sally Sparrow, although this story was adapted to become Blink, we still regard the original as a seperate story which is still as canon as its adaptation. If we didn't count the Human Nature novel as canon then we may as well not count the rest of the Virgin novels that follow it as canon as the range relies on several plot threads from that novel. --Revan\Talk 20:21, April 26, 2011 (UTC)

That is kind of a grey area really, I mean I can't think of anything where a TV story directly contradicts some other media, just slight hints that suggests that something for example never existed or happened. The best example I can think of is The Ancestor Cell, where the Doctor stops a Time War from happening by preventing everything he knew happened in that future exist by blowing up Gallifrey. Yet the Faction Paradox series directly ignores the events of this novel and documents everything that would have happened if The Ancestor Cell was never written. So basically what I'm saying is Doctor Who is all about time travel, so some unrecorded adventure could have happened somewhere to change how future stories may refer to a previous one.

Feel free to leave me a message concerning any issues/questions you have concerning editing or articles and I'll try to point you in the right direction. --Tangerineduel / talk 16:40, April 27, 2011 (UTC)

Stay with us! Edit

Hey, I saw your discussion saying you wanted to leave. Just read the Manual of Style and get used to the way it works. I was just like this when I started. All of my edits were reverted, but I eventually got used to it! In 10 days, you've managed to make 98 edits, and thats really good! Just get used to the way we work...Ghastly9090 10:21, April 30, 2011 (UTC)

Retrieved from "https://tardis.fandom.com/wiki/User_talk:Ripmssmith?oldid=1633546"
Community content is available under CC-BY-SA unless otherwise noted.