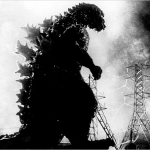 Hi! Please note that, per Tardis:Spoiler policy, you cannot add story titles of unreleased stories to articles. In addition, you are not supposed to remove the hidden warning that tells you not to add the story titles. Thanks. Shambala108 ☎ 21:28, October 10, 2014 (UTC)

You've been blocked for a week for continuing to violate Tardis:Spoiler policy even after being warned.

In addition, you are not to remove the hidden warnings that tell users important information regarding certain edits.You were already warned about that, too. Shambala108 ☎ 21:13, October 11, 2014 (UTC)

Retrieved from "https://tardis.fandom.com/wiki/User_talk:PrimevalNerd?oldid=1756343"
Community content is available under CC-BY-SA unless otherwise noted.