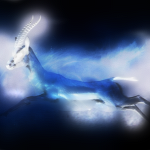 aka Am no one

Thanks for becoming a member of the TARDIS crew! If you have any questions, see the Help pages, add a question to one of the Forums or ask on my talk page. CzechOut ☎ 17:31, October 20, 2013 (UTC)

Hi! I had to remove your post to the Clara Oswald talk page because you posted on an archived page. As the message on the archived page clearly states, archives are closed to new posts. If you want to discuss the issue further, you can open a new topic at Talk:Clara Oswald. Thanks! Shambala108 ☎ 17:13, November 10, 2013 (UTC)

OK, here's the deal. I haven't watched The Day of the Doctor (TV story) yet, so I can only go by Thread:145487. Right now there are a lot of back and forth changes being made to any page connected with that story, so it's hard to keep up with all the edits being made.

Also, we have very specific rules about infoboxes. Only one Doctor can go in the "Doctor" section of the infobox. That's the way the infobox was designed. Therefore, Matt Smith's Doctor is the only one that would go into the infobox for this particular story. Other Doctors can be added to the "featuring" section.

If I haven't answered your question, please let me know, and it might help if you let me know who is changing the edits you are concerned about. Thanks. Shambala108 ☎ 18:50, November 25, 2013 (UTC)

Also I added The moment under the war doctors companions but someone keeps reverting which i dont agree with since the moment appeared frequently and helped him like a companion so im reverting it. Also he deleted the picture of the bad wolf moment picture which is pointless. ☎ 19:05, November 25, 2013 (UTC)

Actually your images are being deleted because they violate several image policies. You can read them at Tardis:Image use policy, Tardis:Guide to images and Help:Image cheat card. One of the specific rules is that we don't allow screen shots in .png — all screenshots in .png are deleted. Please read the entire set of policies and then try uploading your images again. Shambala108 ☎ 19:12, November 25, 2013 (UTC)

You have been blocked for a week for hiding messages on your talk page after being asked by an admin not to do it. You will be able to edit your talk page during that time.

I don't care if the policy says "don't remove", hiding is the same thing as far as most editors are concerned, because they will not be able to see it. And if you think it's embarrassing, just check out any user's talk page. We've all done something wrong on the wiki and have been corrected by admins and other users. It's not embarrassing, it's normal, and it's not an excuse to remove/hide corrective messages. Shambala108 ☎ 21:37, December 29, 2013 (UTC)

Here's the thing, Richard. It's not practicable to write policies such that they cover every single eventuality. Does the policy specifically forbid the hiding of messages? Actually T:DVAN tells you to make objectionable comments non printing in exactly the way you did. But what that rule means by objectionable is pornographic or swear words. It does not mean just any old thing to which you personally object. I mean, we all object to people telling us we've done wrong, but it's sorta the job of admin to guide you to understand where you've fallen foul of our policies. So you can't go hiding our messages to you. In fact, T:DVAN later says:

...it is absolutely an act of vandalism to edit or delete someone else' comments on "your" talk page

And that's kinda what you were doing. You were selectively snipping Shambala's comments, because you thought they reflected poorly on you. They don't, though. We don't expect you to know everything — or even much of anything — when you start editing with us. But we do expect that you'll leave our messages in place. That way, if another user comes by your talk page, they'll know that someone has already had a word with you about a particular subject. And they won't waste their time saying it again.

Also, when you switched tactics and started archiving Shambala's comments rather than hiding them, my guess is that you were trying to follow T:DVAN again. Technically, T:DVAN and T:ARCH do both say that you can archive notes from your user talk page, as long as you put a link on your user talk page. And you did that. So you might be thinking you followed the rules. But the spirit of the rule is, as the T:ARCH lead says, to "preserve discussions for future reference" and as the first section makes clear, to archive discussions that have actually gone cold. But c'mon: you were archiving statements made today. The conversation is deemed to be still active. It's pretty obvious that you weren't preserving an old conversation. You were sweeping an embarrassing one under the rug. And indeed, those are pretty much the exact words you gave to Shambala when she called you on it.

I wish I could lift your ban, because I feel like you meant no particular harm, and maybe you just didn't read the complete policy. Indeed, this incident makes me think I might need to make that area of policy a little clearer. But the thing is that you repeatedly went against what Shambala was trying to tell you. So, a week it must be. But please don't feel like she, I, or anyone else here doesn't want you around. We need your help. But we just need you to understand that we're just trying to help you mature into a better editor when we drop by and leave notes on your page.
czechout ☎ ✍  03:54: Mon 30 Dec 2013

well i read them and it didnt say anything about hiding them and thought shambala was mistaken Silence Fall ☎ 10:17, December 30, 2013 (UTC)

Because of your actions im disparing in real life and cryed because you exiled me from doctor who i feel like im exiled from the show Silence Fall ☎ 12:41, December 30, 2013 (UTC)

In the six days remaining on your sentence, please consider the following:

doctor born as other then loom and became the doctor but in a goodman goes to war and many stories doctor remember hes family and we saw hes cot.Cot must be blong the other possibly he remembers hes life as other thats what i think

Retrieved from "https://tardis.fandom.com/wiki/User_talk:Orangerichard56?oldid=1654915"
Community content is available under CC-BY-SA unless otherwise noted.