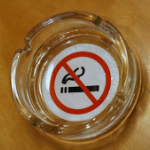 Also when referencing any story there should be a space between the prefix and the story ie TV: An Unearthly Child (rather than TV:An Unearthly Child), this helps for easy readability. Thanks again. --Tangerineduel 13:46, 18 September 2008 (UTC)

Well instead of inserting dashes or whatever, why dont you try retyping the setences so that they make sence

Really, anything I say here will just detract from the humor value.

I note that when you started 79th century six months ago, you began it with the statement that the 79th century described those years from 7801 to 7900.

I understand this is the sort of "real life" definition, but the DWU is not clear on this point. The 1996 TVM is the highest-profile story dealing with the subject and it clearly comes down on the "common" idea that 2000 is the start of the millennium. Inaccurate though that may be, the story kinda doesn't work if the actual start is 2001.

Because there are other stories, like Millennial Rites, which try to argue the other side of the fence, we're left with basically an arbitrary choice to make. Thus, the tiebreaker for this wiki is the template, {{timeline}}. It's simply easier to program using a year 0, so we deem the first millennium to have occurred between 0 and 999, the second, from 1000 to 1999, and so on. See AD, BC, {{timeline}}, talk:2000 and T:YEARS for more useful background on this.

It is probably safer when writing articles about centuries, decades or the like to simply avoid discussion of the years in that unit of time. After all, {{timeline}} will automatically display those years which have been specifically mentioned or implied by DWU fiction. See, for instance, how I've rewritten your work at 79th century.

Also, please do not use {{timeline}} on category pages. In the first place, it doesn't link one category to another. It's only meant for namespace 0, the normal article space. In the second, using it on categories creates a nightmare of recursion. When you put it on category:78th century and category:79th century you basically killed my bot. (One of the functions of the template is to put the page into a category about that century. So using it on a category page puts the category into itself — something that kills our little maintenance droids.)

Retrieved from "https://tardis.fandom.com/wiki/User_talk:Nightsky?oldid=1632866"
Community content is available under CC-BY-SA unless otherwise noted.