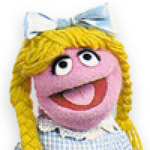 A personal welcome aboard, enjoy the ride!
Thanks for your message, hope you aren't too gutted that I've rewritten the DWA45. Sorry I was on a bit of a roll. Hope you like what I've done though, I tried to cover everything, I suppose I want to see this wiki as the definitive guide!
Have I missed anything?
The cover gallery on the main page shows the various editions available (a's and b's where appropriate). At some point I'd like to revisit issue pages with an 'ADDITIONAL IMAGE' section including photos of the free gifts and probably alternative covers (theres been 3 so far), but its not on my priority list! The Librarian 23:43, 31 December 2007 (UTC)

Thanks for the welcome; I'm having fun browsing around here. And it's no problem at all about the editing; in fact I rather hoped you'd fill in the blanks (and wouldn't be upset that I'd interrupted what was clearly a project you were enjoying!) The extra images would be nice; perhaps in a gallery setting; but just the info you added is fantastic.

One question though, does this wiki try for an impartial or neutral point of view (NPOV?). Some wikis are more into that than others, but I'm always startled when I see things like "cool calendar" in a wiki setting, even when I know that in this case it's the language used by the magazine itself! -- Wendy (talk) 01:31, 1 January 2008 (UTC)

As far as the magazines go I've been trying to present what's in the magazines (within the various contexts). So if it's described as a 'cool calender' within the magazine and it fits within the article then go ahead and write it like that. As far as neutral POVs, generally speaking we try for it, though generally speaking it's about not being bias (I know that's more or less a NPOV), much of a muchness really, but you can see a bias article for what it is, NPOV is a bit more vague of an idea. --Tangerineduel 13:12, 1 January 2008 (UTC)

Whew! I'm glad you were able to approve both. Saves me a lot of administrative headaches, especially as Imamadmad has temporarily lost internet connection. She was very worried about DWA's Spotlight "fate", as it were.

If the Tardis spotlight does slip to the 1 December group, though, can you let me know? The graphic I submitted would be fine for late November, but I think if it's no going up until December, we'd probably want to switch away from something that primarily said "23.11.13" to something that hinted at the Christmas special.
czechout ☎ ✍  14:44: Wed 06 Nov 2013

Retrieved from "https://tardis.fandom.com/wiki/User_talk:Merrystar?oldid=1632474"
Community content is available under CC-BY-SA unless otherwise noted.