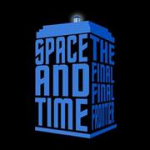 Hello there. :D Yeah, I learned about the talk page problem ages back; been over a year now since I last did it ahah. Thanks for the reminder though ^_^

About the editing, that's kind of just how I edit - mobile editing is a pain when doing entire articles, especially big ones, given loading time and subsequent lag and the like - so it's just faster to edit the sections separately. Plus, the managing of edits is easily fixed by just going on to a page's edit history and comparing the page before and after my edits.

Addendum: Just saw your expansion. I've always followed the neatness it creates, similar to how we do likewise for things like ((Father's Day (TV story)|)) to create Father's Day rather than just leaving ((Father's Day)) in the box. Plus, is there are real harm in the minimal extra data when big articles are already massive?

Yeah, I'm weird in that (while most people play mobile games, reads news or whatever when waiting in line, on transport or have a spare five minutes) I come on here to edit on my outside down time :D. Might as well do something semi-productive I reckon. Snivy ✦ The coolest Pokemon ever ✦ 19:56, November 5, 2018 (UTC)

Retrieved from "https://tardis.fandom.com/wiki/User_talk:Masterpwn?oldid=2578204"
Community content is available under CC-BY-SA unless otherwise noted.