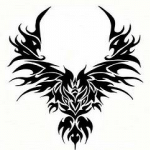 Thanks for becoming a member of the TARDIS crew! If you have any questions, see the Help pages, add a question to one of the Forums or ask on my talk page. -- CzechOut (Talk) 20:07, 2011 December 1

Thanks for your recent move of Placebo Effect to Placebo Effect (novel). Although this was an absolutely reasonable move, according to our disambiguation policies, it's not good to just move a title without also moving the corresponding links. Because this link moving is often tedious, it's generally best to leave it to a bot, or robotic process. For this reason, I generally request that all page moves having to do with disambiguation be posted to my talk page so that a complete move can be effected quickly. If you go to my talk page, you'll see many such requests. It really takes no more than a sentence which says, "Move from <title> to <title>". Thanks :)

Incidentally, all the several hundred links have now been moved to Placebo Effect (novel).

Retrieved from "https://tardis.fandom.com/wiki/User_talk:MankaCat?oldid=1632283"
Community content is available under CC-BY-SA unless otherwise noted.