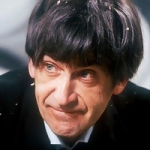 Thanks for becoming a member of the TARDIS crew! If you have any questions, see the Help pages, add a question to one of the Forums or ask on my talk page. -- CzechOut (Talk) 05:13, 2012 November 20

Hi, you can find a list of our forums here: Special:Forum. The best place for you to ask your question would be Board:The Reference Desk. With the new boards it's better for you to "start the discussion" rather than me start it as then you'll be notified in the top right if anyone answers it. --Tangerineduel / talk 13:29, December 21, 2012 (UTC)

Retrieved from "https://tardis.fandom.com/wiki/User_talk:Leda74?oldid=2053506"
Community content is available under CC-BY-SA unless otherwise noted.