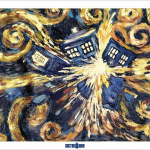 Thanks for becoming a member of the TARDIS crew! If you have any questions, see the Help pages, add a question to one of the Forums or ask on my talk page. -- CzechOut (Talk) 22:11, 2012 September 24

Hiya :) Thanks for your edits here! Please be very careful, however, when editing about real world things. Your edits at Hawaii are a case in point. We don't know from any DWU source that it is "insular" or a "state" or that it became a state in 1959. Those are all real world facts, but the DWU is not the real world. Please try to never go beyond what is explicitly stated in DWU sources, as is indicated in our local policies. Thanks :)
czechout ☎ ✍  21:44: Sat 08 Jun 2013

p.s. I'll correct Hawaii, but if you've made any similar errors lately, please make sure you scrub away any "real world creep" that you may have allowed in.

The Name of the Doctor revertionEdit

Heya. The reason I reverted your edit was because it wasn't much of a strong continuity link. Continuity sections are for detailing the story's link to another story, such as if the Doctor mentions a trip to someplace like Venice, then we could say something like: "the Doctor visited Venice in...". Your edit basically could be said about alot of stories - where the Doctor repeats something he's said before, because we all repeat things we've said before, and it's just not a strong enough link to tie the two stories together. The paragraph before gives an example of when the Doctor has avoided a goodbye because he said he "hates them," which is a definitive link to what he's said. Has that cleared things up a tad? :) --Revan\Talk 17:51, August 12, 2013 (UTC)

I'm going to have to put you on hold for a bit with that. Please be patient, as I do want to answer your question. Unfortunately there's a major and pressing bit of cleanup that has to be done elsewhere on the site that has priority. I'll write back over the weekend.
czechout ☎ ✍  17:09: Sat 07 Sep 2013

There's already Category:Execution methods. It's tucked away under category:crime, but it's possible that our coverage has grown to the point that we need to more clearly delineate between crime and punishment. And we don't really have a category for lesser crimes, because there just aren't that many that people have written about. Still, we probably do need Category:Legal punishments, so I'll go ahead and create that.

As for the deities, myths, legends, the whole subject — we've never really settled that question very well. If you wanna start a discussion on the subject in the forum, it might lead to some better conclusion.

However, I have to tell you that you need to be a bit more patient with your use of the forum. We do want to bring difficult issues like how to handle myth and fiction within a fictional universe to the forum. But we'll need to give that discussion some time to breathe. I notice in your last discussion that you only really gave it a day before you started moving forward. With the forum, you need to at least wait a week to give our more irregular users a fair time to login and see the discussion. The wiki's gone a long time without settling this issue; it can wait a week — or even a month — more, so long as we get a fair opportunity for community discussion on record.
czechout ☎ ✍  02:10: Mon 09 Sep 2013

Hi! Please note that per Tardis:Bold text, we use bold text for the name of an article, as well as alternate/additional names in the first sentence of the first paragraph. However, bolding "particle disseminator" for the "MASER" article is like bolding "Time Lord" for the "Second Doctor" article, or "beverage" on the "coffee" article. It's not an alternate name, it's a description of what it is. Thanks. Shambala108 ☎ 19:26, September 3, 2014 (UTC)

Hello! I just think that it makes more sense to only mention the story in which that particular thing was first referenced. --GusF ☎ 21:34, October 15, 2014 (UTC)

Hi! Regarding the message you posted on GusF's talk page, you might be interested in reading Thread:129568. No consensus was reached there, but it might prove helpful in answering your question. Shambala108 ☎ 00:52, October 16, 2014 (UTC)

You're very welcome. I've mostly only looked at the Time Lord related backup stories as part of a very long self imposed project regarding the Time Lords and Gallifrey's depiction over the last 45 years, and as a result I double checked and cleaned up information on the Black Sun War as a part of that. Most of it's clean up, although I did admittedly add more info to the page for the actual War as I recall. -- Tybort (talk page) 22:07, December 9, 2014 (UTC)

Silence of the River Edit

Hi, I'm relistening to the River box set and was puzzled by the dating of the first story. The story says that it is one year after the discovery of Tut-Ankh-Amen's tomb. And it seems that the dating of that to 1926 on the page Tut-Ankh-Amen was added by you. The reason that I'm asking is that the real universe has a different dating: it is 1922 in the real world, see Howard Carter. Now, of course DWU can be different. But then again, there is usually a good reason for that, which I don't see here. If I may ask, do you have COMIC: The Gods Walk Among Us? Unfortunately, I don't, so I cannot check how exactly 1926 is featured there. I would like to find out if this comic strip really retcons human history, which frankly seems somewhat unnecessary. Thank you in advance. Amorkuz ☎ 22:40, July 12, 2016 (UTC)

No worries. As you know, I sometimes make worse blunders based on clearer information. The DWU is a complex universe, and we're all trying to bring some order to it. I think it is at least reasonable to assume that the tomb was found shortly before 1926, say, in the 1920s. That's a reasonably precise dating already. I won't make changes just yet before asking the editor who changed the year on The Boundless Sea to 1927: there is always a chance he/she knows something I've missed. I also put an informational request on the Refdesk. I hope we'll get to the bottom of it. It's a pleasure co-editing with you. Amorkuz ☎ 08:53, July 13, 2016 (UTC)

Retrieved from "https://tardis.fandom.com/wiki/User_talk:HarveyWallbanger?oldid=2054428"
Community content is available under CC-BY-SA unless otherwise noted.