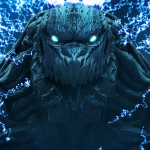 Your recent edits to Abslom Daak included speculation on a story yet-to-be released. Keep in mind that posting info on yet-to-be-released stories is against our spoilers policy; weather that story is TV, audio, comics, or ice cream short story card sets. I won't report you to an admin as it's an easy mistake, but be aware of the issue. OS25 (talk to me, baby.) 18:03, September 6, 2015 (UTC)

Retrieved from "https://tardis.fandom.com/wiki/User_talk:DeltaSquad5?oldid=1927910"
Community content is available under CC-BY-SA unless otherwise noted.