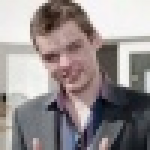 There is sometimes a fine line between enthusiastic editing and retaliatory action when things do not fall in the way seen by some editors. I hope that a single day block will allow the user in question to cool down on the undo / edit spree and it will not necessitate further action. --Tangerineduel / talk 13:21, February 9, 2020 (UTC)

Hey, I see you contacted User:Tangerineduel about an IP user who kept engaging on an edit war over the series 12 page, and since Tangerineduel wasn't editing around that time, I decided to take action instead and block the IP.

Little advice though (and truly, this is just an advice): don't engage with the vandal in a discussion that has proved to lead nowhere in the past. I realize, through your edit history, that you have an affection towards "series pages", and I wholeheartedly understand the frustration of an edit war happening in a page we care about. However, this IP user has repeatedly demonstrated that they're not interested in reaching compromises or common ground while editing. Again, this is just advice, but, frustrating as it is, I don't see much of a point on trying to argue with them (past undoing their edits, that is).

Usually I wouldn't even mention this, because ultimately it's your choice what you'll do with your time and how you'll respond to others' actions, but this discussion took place over an user talk page (namely, Tangerineduel's). I've known of a few editors who opted to recieve e-mail notifications whenever someone leaves a message on their talk, and engaging on a discussion with this ip user on their talk page means that Tangerineduel would (if they have this e-mail notification option turned on in their account) have recieved one truly useful email (your communication of the edit war) and then 10 further notifications which aren't.... truly helpful to anyone (nor meant for Tangerineduel, in fact). You see what I mean? So, if this, or any other ip user (or registered, for that matter) starts a discussion that seems to go nowhere over someone else's talk page, I'd strongly reinforce the suggestion of not engaging back.

Again, I deeply understand how frustrating it is to have an user repeatedly undo your edits out of vandalistic natures; I've encountered them in the past too, so I sympathize with you on that.
As for your point that "keep undoing their edits [...] would result in edit-warring" is not entirely true. Tardis:Vandalism policy#What you can do about it mentions that "you can help the site recover from vandalism by undoing the editor's action." and Tardis:Edit wars are good for absolutely nothing#What isn't an edit war even further clarifies that "reverting obvious vandalism." doesn't really constitute an act of (edit) war.
What may be true (if the user doing vandalism shows a particularly stubborn behavior) is that trying to remove their vandalism before they're blocked won't be much of a success due to them simply doing more vandalism. But that'd be resolved eventually as well.
All in all, good job on keeping an eye on that page and getting in touch with the admin team/keeping a cool head through the situation. OncomingStorm12th (talk) 00:22, February 20, 2020 (UTC)

I didn't create the Doctor's early life page. In fact, I was the one who was against it in the talk page. But after listening to what the true creator, User:NateBumber, had to say on the matter, and their point on the pages getting too long and seperationg being a decent compromise between those that want to keep information against those that wanted to trim, I thought they had a point and acted accordingly.BananaClownMan ☎ 13:59, February 26, 2020 (UTC)

Wait, the end of the episode saying "The Doctor will return in" doesn't count as official source? lol? LetsPlayNintendoITA 23:05, March 1, 2020 (UTC)

We have to link to sources and you can't really create a link to the episode, nor can you post any spoilery images. Put another way, episodes does not count as sources for future episodes. Websites do. As you can see now, an admin has linked to a source on the official DW website containing said image revelation, and that counts. --DCLM ☎ 23:12, March 1, 2020 (UTC)

Hey there Danniesen, I noticed you added a link to Timeless Child's species in the "species" variable for the infobox on each incarnation of the Doctor. I'm wondering whether you think all the species variables should be changed to a link to The Doctor's species instead, maybe in a way similar to the current |alias = [[The Doctor's aliases#First Doctor|'''''see list''''']] paradigm? This would tie in with some other thoughts I've had about an "Infobox Incarnation" template. Let me know what you think. – N8 (☎/👁️) 14:48, March 11, 2020 (UTC)

I don't think we should change the link to "The Doctor's species". The reason being that that particular article sums up something very vague that says (paraphrasing) "the Doctor could be various different species, we don't know for sure", whereas the "Timeless Child's species" is one specific species that cannot be debated, we just don't know very much about it other than the regenerative ability. --DCLM ☎ 15:01, March 11, 2020 (UTC)

I don't follow. The whole point of the page The Doctor's species, Danniesen, is that whether the Doctor is a member of the Timeless Child's species (or of any other given species) very much is debatable based on various conflicting sources. No two ways about it, Lungbarrow or Doctor Who and the Daleks, just to name a few, are not consistent with the Doctor having originally been of the Timeles species and then abandoned at the Boundary for a Shobogan to find. --Scrooge MacDuck ☎ 15:08, March 11, 2020 (UTC)

Maybe, but since we do have The Doctor's species to handle this special case where it's not (only) that the character is a hybrid of several species, but that we have a wealth of conflicting accounts, isn't it simpler and more elegant to link to that? Especially as this allows us to standardize all Doctor pages. Because I mean, can we say that The Doctor (The Cabinet of Light) is of the Timeless Child's species, per se? The precedent of "just because Missy says 'every dead human' has been turned into a Cyberman doesn't mean we put Amy Pond in Category:Individual Cybermen" suggests we can only say that incarnations of the Doctor acknowledged by The Timeless Children itself are Timeless. --Scrooge MacDuck ☎ 15:17, March 11, 2020 (UTC)

Which is exactly why I only put it on those specific TV-appearing versions of The Doctor. And I gotta ask the question, if the Doctor's species was various/variable long before The Timeless Children, why have we only created the page AFTER that episode? --DCLM ☎ 15:21, March 11, 2020 (UTC)

Because the Wiki isn't perfect and we're only human. But The Doctor's species's creation was part of an effort that's been going on for some weeks now and also included the creation of The Doctor's early life. --Scrooge MacDuck ☎ 15:24, March 11, 2020 (UTC)

Butting in here, first of all User:Danniesen you're last question is irrelevant. User:Scrooge MacDuck answered it better than I could. Second, I'm moving this discussion to the forums since it covers multiple pages and you could get more input that way. Shambala108 ☎ 15:27, March 11, 2020 (UTC)

Hi please carefully read Tardis:No personal attacks. The edit summary you left accusing another user of racism violates the policy of assuming good faith. Please let the admins know if you suspect vandalism or otherwise, but leave your comments out of the edit summaries thanks Shambala108 ☎ 12:58, March 16, 2020 (UTC)

Dear God. How far does "assuming good faith" stretch? Obvious racism needs to be called out. Surely "no personal attacks" is overuled by a policy of keeping the Wikia a good place. Also, calling out racism should not be considered a personal attack, especially because racism on the Wikia is definitely in no way a good faith edit. --DCLM ☎ 20:39, March 16, 2020 (UTC)

A Message From the Doctor Edit

Hi there. I do apologize about creating the page without first seeing your discussion thread about it. However, given that pages exist such as Strax Saves the Day, which serves the same purpose as Message from the Doctor I didn't think such a discussion thread would have been held. Sabovia (Message Wall) | (Contributions) 17:58, March 25, 2020 (UTC)

Revenge of the Nestene Edit

The prose version of the story was released on the same day as (indeed within minutes of) the "audiobook" release, so by convention, this is a prose story with a version read by Jacob Dudman. Feel free to place a {{rename}} tag and drum up a discussion at Talk:Revenge of the Nestene (short story) if you see the situation differently. In the meantime, we follow from the closest precedents.
× SOTO (☎/✍/↯) 21:49, March 26, 2020 (UTC)

Hi you must please stop engaging with other users who are either vandalizing the wiki or engaging in personal attacks and/or edit wars. Stop leaving them messages on their talk pages or the edit summaries. Make whatever necessary change the first time, then if it continues to happen, inform an admin before you are guilty of edit warring, not after. I know you're trying to help the wiki, but you have been guilty of violating Tardis:Edit wars are good for absolutely nothing multiple times, and at some point one of the admins will be forced to block you for a short time. thanks Shambala108 ☎ 22:48, March 26, 2020 (UTC)

Retrieved from "https://tardis.fandom.com/wiki/User_talk:Danniesen?oldid=2944056"
Community content is available under CC-BY-SA unless otherwise noted.