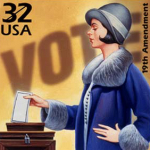 Thanks for that clarification, it was very helpful. The reason I copy-paste to my talk page is because I like to be able to look back at old conversations. That's really hard when they span multiple places. The problem isn't so much during a conversation--I can have two talk pages open at once and generally do. But if a conversation goes on for a while, or if I'm looking back at an old conversation, then it's just sooo easy to get lost. Would it help if I only copy my half after you've posted? Thread my comments inbetween yours? Because I don't want to compromise the ability of others to use my talk page.
What I was trying to ask about animals was about the exact way that game of rassilon categories works. All years are in the top cat years for GOR even though they wouldn't normally be, right? So if a category for real world mammals was added (a subcat of earth mammals) then Guinea pig would be in both Category:Real world mammals and Category:Earth mammals for the duration of Earth mammals involvement in GOR. The same way that bear is in Category:Bears and Category:Earth mammals, right? Bear is only in the earth mammal category because of GOR, right?
And yeah, I'm planning on maintaining my focus on foods, but I like being able to do grunt work that can't be assigned to a bot when my brain needs a break. Un-orphaning pages, copy-editing, wikilinking, putting things in categories all take varying amounts of brain power and it's nice to be able to switch things around and do other types of editing. I made some edits in the past week that I had to undo to maintain the GOR and I just wanted to be super clear about how GOR worked. If there's still something I don't understand about it I'd like to know now, not after an edit of mine screws things up. I like to think that I pick up pretty quickly on most guidelines and rules simply from watching my edits and reading edit summaries when they are reverted but not everything is obvious and things that I thought were obvious sometimes end up being a little more complicated. So I figured that it didn't hurt to touch base. Anoted ☎ 04:50, May 3, 2013 (UTC)

Retrieved from "https://tardis.fandom.com/wiki/User_talk:CzechOut?oldid=1419338"
Community content is available under CC-BY-SA unless otherwise noted.