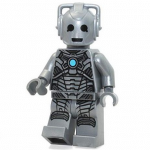 Thanks for becoming a member of the TARDIS crew! If you have any questions, see the Help pages, add a question to one of the Forums or ask on my talk page. CzechOut ☎ 04:39, July 6, 2018 (UTC)

It was a phone edit, so i could not explain in desxriotion, 9r make any complex edits.

This is alsp a phone ed8t, so i mist be brief until i get back to ky computer (I'm on a birthday celebration, which os why I'm away from all computers).

I looked at Stripped for Actuon? when i first made a tikeline algirthium, but found that ot involved too many continuity errors, mainly with the Seventh Doctor, and thus coukd not fit with the timeline page, especially since the first post-Romana story has a mental cameo by either the Nimon or the silver wigged androids from Destiny of the Daleks.

As f9r any other edits, i did not see them in the bulk, but will look into it when i do my end of month updating once I'm back from holiday.

I hope you found this response satisfactory, and i kook forward to working with you. Sincerely, BananaClownMan ☎ 00:15, June 7, 2019 (UTC)

Sorry for the wait. I had commitments to keep, but now to cover this.

When I first started making timeline algorithms to both satisfy my need for order and becase I was tired of blindly guessing where to add summaries to biography sections on the Doctors' pages (mainly from the 11 Doctors, 11 Stories anthology), Stripped for action? was one of the first places I looked, but decided to consider it an invalid source due to its depiction of the Seventh Doctor's relationship with Peri, which is not acknowledged in-universe as ever happening.

But, when it comes to the Fourth Doctor, Stripped for action?'s theory falls apart due to the inclusion of a Movellan in COMIC: Timeslip. While this could be a mistake they overlooked, the timeline pages, at least to my understanding, follow a rule of in-story information trumping all. For example, AUDIO: The Mists of Time are labeled as happening shortly after The Dolls of Death out of universe, but there are references to The Three Doctors in the story, thus placing it after that serial. As such, while a publisher could say that the Doctor's Magazine run is set before Destiny of the Daleks, a reference to that serial in-universe would mean that it chronologically takes place afterwards to the in-universe characters, at least that is the best way I can describe it.

As for the "Brighton connection", Gallery of Ghouls remains in the same general section as the other fifth series Fourth Doctor Adventures audios. Plus, like the Seventh Doctor and Maruthea, it's not entirely out of the realm of possibility that the Doctor either had a diffrent Brighton adventure off-screen and is simply yearning for another one by The Leisure Hive, or he simply stopped trying to get there after some failed attempts and then retried again with more success.

I hope you found this response satisfactory, and I look forward to hearing from you again. Sincerely, BananaClownMan ☎ 00:15, June 7, 2019 (UTC)

Retrieved from "https://tardis.fandom.com/wiki/User_talk:Chubby_Potato?oldid=2732853"
Community content is available under CC-BY-SA unless otherwise noted.