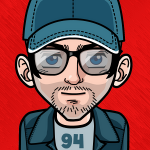 Thanks for becoming a member of the TARDIS crew! If you have any questions, see the Help pages, add a question to one of the Forums or ask on my talk page. CzechOut ☎ 18:05, December 6, 2013 (UTC)

Sorry, I don't know where else to contact you.

Can I ask you why you blocked me? :| I didn't post any spoilers for any ongoing or upcoming season.

And if I did, which I didn't, then I apologize. I should at least have been given a warning. A fucking yearlong ban without any warning whatsoever is crazy and completely out of the ordinary.

Hey, I just wanted to tell you that we are currently sending down a final vote on the Titan back-up comics down at Thread:177099. You seemed to have a pretty strong opinion on the issue, so I just wanted to make sure that you knew that the vote was happening. The polls currently tally to three votes for the back-up strips being valid and five for them being invalid. All votes have gone towards making the WeLoveTITANS comics invalid. If you want a say in the matter, there is a week and three days left on voting. Sorry for the bother! OS25 (talk to me, baby.) 21:25, September 2, 2015 (UTC)

Hi! I've been meaning to address an issue with you for some time.

In your discussion posts, you have a habit of posting in what sounds like an official tone of "voice". This could give new/inexperienced users the idea that your comments are backed up by authority, when in fact you, as a non-admin, are stating your opinion of a policy in question. Instead of making flat statements about policy, it might be best to preface your comments with something like, "I think such and such policy says..." That way, if you happen to be wrong, an admin can easily correct your opinion. Flat statements that are incorrect may have to be removed.

In addition, please make sure you read a post carefully before answering. A couple of times, you have misread the post of an experienced user (who already knows the policies) and answered with a basic statement of policy, not realizing that the user was asking for something completely different.

Hi! I've already told you once before to moderate your tone in forum posts. You as a non-admin are not in the position of stating facts about the wiki rules. The fact that another user had to clarify your post (in Thread:192548) shows how other users might misinterpret your stance. Leave the admin jobs to the admins and stick to arguing your opinion on forum posts. Thanks. Shambala108 ☎ 01:48, March 25, 2016 (UTC)

I am hesitant to let out a major real-world spoiler in a thread whose name does not imply one will be found. So let me answer your curiosity here and put a link there in case others are wondering. There are two major species in Weapons of Past Destruction: the Unon and the Lect for the first 4 out of 5 issues. The Lect are presented as a robotic race with Terminator-style POV screen statistics. This is not just cliffhangers: the Lect are everywhere and everyone calls them Lect. There is one frame in Issue 1 showing an Excrothian and one frame in Issue 4 showing a Lect with the armoured suit open. For people with a very good visual memory, this was a hint, but I did not catch it. In Issue 5, it turns out that the Lect are the Excrothians. After their planet was destroyed by the Unon, they need these robotic costumes to survive. Lect, on the other hand, is the name of their god of war. Amorkuz ☎ 06:31, July 7, 2016 (UTC)

Retrieved from "https://tardis.fandom.com/wiki/User_talk:Bwburke94?oldid=2787765"
Community content is available under CC-BY-SA unless otherwise noted.