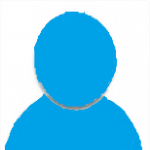 Please refrain from copying episode plots from wikipedia. This is called plagiarism and is not tolerated on this wiki. Mc hammark 12:31, May 16, 2010 (UTC)

Do you still hate this page protection? Edit

I read the talk page, and there was nothing decided. You just made the decision. Why not just think that every other series has had an double episode has a finale so why not this one? Time will tell though... Mini-mitch 21:01, January 25, 2011 (UTC)
There is more evidence to support there being only one episode in the finale:

Retrieved from "https://tardis.fandom.com/wiki/User_talk:Alpha111?oldid=1628469"
Community content is available under CC-BY-SA unless otherwise noted.