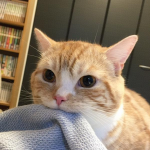 Hey, glad you're joining in this project. Especially if you've listened to the audios. Unfortunately, I am not able to provide an overview of these at this time the way I did for Series 1 (BFTW) etc.

To answer your question. We have rather complex rules for TV seasons at Tardis:Cast lists#Season/series pages. That was the basis but is not optimal for audio stories. Basically, for audio stories, there is a better, more objective, criterion. Actors are actually featured on the CD covers (and anthology covers). In case of 4DA, there is also a two-tiered structure: mainliners are above the title while "featuring" are below. So the cast lists are populated accordingly: main subsection of "Cast" is the mainliners, which are usually uniform across the season; "Featuring" subsection is all actors featured on covers in the same order and styled the same way. For once, we do not have to come up with complex and potentially subjective rules. Amorkuz ☎ 07:56, January 23, 2018 (UTC)

Cool. Hope you don’t mind if I beautify them afterwards a tiny bit. Yes, sure, 8DA too. It’s a long term project of matching for audio the coverage we have for TV seasons. Tardis:Neutral point of view is clear on the subject: all media are equal. Amorkuz ☎ 08:28, January 23, 2018 (UTC)

Hey, I saw you recently added the casts for some of the new series 3 stories, which is great, but I was just wondering where you found the casts for each individual story, because all I could find was the cast for the entire set. Thanks for your time. 0003c9fe ☎ 15:21, January 23, 2018 (UTC)

easy. i've already listned those two, so i've simply heard which characters were active in which story. the rest is published at official BF site. – The preceding unsigned comment was added by Starryl (talk • contribs) .

I am forced to warn that blindly copying the habits of novice users might not always be a good idea. The cast lists created by Starryl do not comply with T:CAST (at least the order of characters is wrong). Worse than that, they are pretty useless without links to the character pages, which require the knowledge of Tardis:Character names and, more widely, of Tardis:Disambiguation. Note also that BF cast lists sometimes contain incomplete names that have to be completed based on the text of the audio and misdirections to hide plot twists or return of prominent characters. Per T:CAST, the text on the page must be correct per BF credits, but the link should correspond to the content of the audio. Please keep these policies in mind while making cast lists. Amorkuz ☎ 16:28, January 23, 2018 (UTC)

first. i'm not a novice. i'm one of the leading members in russian segment. and i have alredy LISTENED to the whole new season, so i'm not coping - i KNOW what i'm doing. and characters are written in order of their appearence in audio and by their association. i don't see any point to mark a link to page that for sure does not exist yet, cause most of characters are for one time and brand new. don't see the problem for user who would be doing those characters to make links from their names. so please untill you listen all four new audios - refrain from calling that wrong. you may have your own policy for placing character names - but again - don't see the problem to change the place of rows. – The preceding unsigned comment was added by Starryl (talk • contribs) .

I'll be careful not to give any stories/information about upcoming releases on this coment, but the thing is: neither of these series is officially over. This means that both pages (and their galleries) would then become bigger. How would we draw a line on "now this gallery is big enough for having only anthology covers"? Or, in the case of there already being two anthologies, would we have all anthology covers first, and stories later, or them mixed up? Both ways would end up, imo, look messy and a bit confusing for readers who are not familiar with the releases beforehand. Summing up: I truly believe too much work for too few gains. OncomingStorm12th ☎ 00:17, February 4, 2018 (UTC)

I see The Diary of River Song: Series Three as a different scenario. That series is, very much likely, never gaining another story (further stories would be placed at Series Four, Five, etc.). This means that the gallery is forever being composed of the four images, and having the anthology cover in there brings no new information. Also, by having story covers on audio series pages, we're putting extra information there, when there's already a better place to put them. OncomingStorm12th ☎ 00:23, February 4, 2018 (UTC)

Thanks for jolting my memory. I had the same concern but was busy elsewhere to think about it seriously. Now that you asked, there is a template {{main}} specifically for this purpose. I put those templates for each series at Fourth Doctor Adventures (audio series) to provide a sample. Amorkuz ☎ 20:15, February 8, 2018 (UTC)

Hey, I forgot to reply to your message earlier, but remembered now. There's not (as far as I'm aware) a specific policy on how to handle this, but T:RW SRC touches upon the subject. The reason sources for working titles are important are because anyone (not that this was the case with you, of course) could add any title they wanted and claim it to be a "working title".

Now moving on to what you actually asked: how to reference. It'll mostly depend where the info comes from. For example, if it comes from:

a) an interview in a magazine/podcast/reference book covered by the Wiki, we can link to it within parenthesis, like this ([[page title]])
b) behind the scenes from the audio story/box set, it's usually done in this format for Big Finish stories: BFX: Story/Anthology title (see Backtrack (audio story)#Cast for a similar situation).
c) a picture posted in a social media which belongs to an actor/director/producer/company associated with the story, we can use {{cite web}} (see Only the Good (audio anthology)#Notes for a similar situation)

Re: Trap for Fools Edit

Hi! Thanks for your concern. Yes, Tardis:Quotation marks and Tardis:Honourifics even apply to publisher summaries (as does Tardis:Capital letters). The reasoning is that we try as much as is humanly possible to be consistent. New or infrequent editors would just be confused to see policies enforced in some places but not in others.

Something for you to keep an eye on: if you copy/paste material from some kind of word document or other off-site source, often the punctuation will not match that used on the wiki. That's especially true of apostrophes (') and quotation marks ("). So if you do copy/paste, you will have to go back through the material and change those punctuation marks to the ones we use on the wiki (just a matter of deleting then retyping). This is especially important because apostrophes act as wiki markup for italics and bold text.

It's all laid out in Tardis:Plagiarism.

It is the general aim of this wiki to be wholly written by its users. Mass copying of text from elsewhere is frowned upon, and could result in the suspension of your editing rights. If you are ever in the slightest doubt about whether a block of text can be copied into this wiki, it is safer just to avoid the import and put the sense of that text into your own words.
[...]
Plagiarism is not about having the same information here that might also be found on the official BBC website, or in a reference book. Instead, plagiarism happens when you copy the precise wording used in another source. Put everything you submit here into your own language, and you'll be fine.

It is plagiarism because those are someone else's words, and we are copying them over as if they're our own. We don't own that content, and we're not even attributing it to the source from which it was snatched. Coping word-for-word from another source, without attribution, is plagiarism. In any case, for synopsis sections on TV stories, we write our own synopses.
× SOTO (☎/✍/↯) 17:26, October 9, 2018 (UTC)

No, "Publisher's summaries" do not constitute plagiarism because I have instituted adding the word "publisher" to these sections, which were previously called just "summary". To make it absolutely clear (and feel free to apply this in your studies too), the problem of plagiarism is not in copying text (or images or whatever). Using results of other researchers and/or quoting earlier opinions on a subject is a century-old and necessary part of both sciences and humanities. The problem is not in using somebody else's words but in using them without an attribution, without specifying that these are not your words but words of somebody else. "Publisher's summary" is unambiguously a summary provided by a publisher, not by us. However, a "synopsis" is a short description without attribution. By default, unless stated otherwise, everything on this wiki is user-created content distributed under CC license. So a "synopsis" cannot be copied from some other website, be it the publisher or anyone else. Synopses must be written by us.

The difference between "publisher's summary" and "synopsis" is akin to the difference between enclosing a quote in quotation marks or forgetting to put them. In an English course at a university, the latter may cost you a failure on a test even when you mention the source of the quote. In case of repeated offences, it can result in a failure of the whole course, sometimes with a special "failure due to plagiarism" grade. Many students struggle with understanding how such a small thing can have such a big impact. The earlier one learns to quote properly, the better. Amorkuz ☎ 06:55, October 10, 2018 (UTC)

I see. In that case, how come summaries from the publisher are used for books and audios, but not for television episodes? Seems to me like you'd want to try and be consistent as much as possible with things, so why not use publisher summaries for episodes (properly marked, of course) as well if they're available?

The reason is very simple. Books have blurbs on a cover, front- or backmatter. Audios are released on CDs with summaries plus the website consistently provides summaries for most stories (there are anthologies without individual per-story summaries). Already for comics, one has to think a bit: if a comic story is released in several issues, we only use the description of the first as a summary. Unfortunately, a TV episode does not contain such a summary. We do not have publisher's summaries for TV episodes because they do not exist. Amorkuz ☎ 14:11, October 10, 2018 (UTC)

Okay so I understand the first part of your point, just a minor bit of confusion of the second part. "We do not have publisher's summaries for TV episodes because they do not exist." Uh, not entirely sure what you mean when you say they do not exist when this whole thing started with a summary from the BBC? Seems to me like that would be a publisher summary for a TV episode. 0003c9fe ☎ 02:33, October 11, 2018 (UTC)

Not sure if you saw the message on SOTOs page as well but from what you've said I take it the Vrs summary is (partially at least) plagiarism? Just checking to make sure. Thanks for the explanation. 0003c9fe ☎ 07:56, October 10, 2018 (UTC)

I don't remember remember this incident so can't explain it. It could be argued that Gravis fulfills the role of a second companion in Life After Queth since he is travelling with the Doctor and Tegan at the time. I'm not too bothered about it so if others disagree then fine. --Borisashton ☎ 06:55, January 29, 2019 (UTC)

Retrieved from "https://tardis.fandom.com/wiki/User_talk:0003c9fe?oldid=2622370"
Community content is available under CC-BY-SA unless otherwise noted.