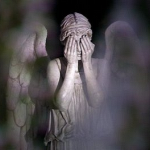 Hello everyone! My name is Ziv, I'm 15 years old and I'd like to apologize straight away about my English, it's just that I was raised (and still) in Israel, and we speak Hebrew in here. Blah.

1. Turn Left
2. Silence in the Library/Forest of the Dead
3. The Stolen Earth/Journey's End

You've got a time machine, and I've got a gun. What the hell, let's kill HitlerMels [src]

I am, of course, in DW fandom, but except it, I am in some other fandoms, which I would like to say:

This is it for now! Good bye!

Retrieved from "https://tardis.fandom.com/wiki/User:ZivTargaryen?oldid=1547686"
Community content is available under CC-BY-SA unless otherwise noted.