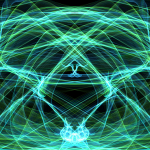 I tend to fix up minor mistakes (like spelling errors), but I might, at some point, go write up a plot for some of the Big Finish audio stories.

I got into Doctor Who when I was 15, starting with Christopher Eccleston. We'd just said goodbye to Amy and Rory (we're watching it all on DVD, so this wasn't when it aired) when I decided to watch the Doctor Who Movie, though I'd already listened to some audio stories with the eighth Doctor and Charley, so it wasn't the first time I 'saw' Paul McGann. We haven't even see Matt Smith leave or I decided I really wanted to watch Classic Who - I'd gotten really into it, despite not having seen a single episode at that point, just snippets - and ever since I've been watching the classic series (I'm in season 12 now). We caught up with Doctor Who just before the New Year special, so when it comes to New Who, I've seen all episodes.

Retrieved from "https://tardis.fandom.com/wiki/User:Unitedstarshipofthefederation?oldid=2722666"
Community content is available under CC-BY-SA unless otherwise noted.