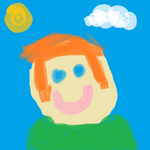 All of the Doctors!

Welcome to the page of The Farty Doctor! I'm a big fan of Doctor Who and its sister shows- just like you- and as well as watching and reading stuff from the new series, I find myself buying Eighth Doctor Adventures, Virgin New Adventures and Big Finish Audio Adventures. Don't just watch the TV, no! There're more stories out there and whether they are canon or not is up to you!

I recommend the following to anyone:

Those are but a few. Above, you see one episode per Doctor (excluding the War Doctor). I genuinely think each episode shows each actor at his best (yes, even Doctor Who: The Movie). The Whoniverse is vast and massive, and goes way beyond the TV series. Get delving! Enjoy!

As you should know, this Wiki has a lot of plot sections that need to be filled. Slow and steady wins the race, so never rush. Take your time. My schedule is as follows:

All of my messages will be signed as such: TheFartyDoctor Talk

Retrieved from "https://tardis.fandom.com/wiki/User:Thefartydoctor?oldid=2903834"
Community content is available under CC-BY-SA unless otherwise noted.