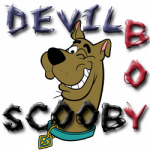 I'd love to see the Raston Warrior Robot and The Monk make a comeback. Not necessarily in the same story.

For a long time I refused to call myself a "whovian" as I felt there were many, many more people more worthy of such a label; I just tended to like watching Doctor Who occassionally, ever since my mum first bought me The Five Doctors Special Edition (which was great) and the Doctor Who movie (less so), way back in around 2002-3 (?).

Finally, in 2016, I'll concede I am probably a big enough fan to call myself a whovian- I'm in the process of catching up on every Classic Who episode; at the time of writing, I've just finished Meglos. I stopped watching the First Doctor after The Sensorites, and started again with the last episode of The War Games (This was in 2015; I have since watched it in its entirety, and it's some of the best 4 hours of television I've watched.) I've since gone back and give First/Second another shot; since I began listening to the New Eighth Doctor Adventures, I've grown to love audio, something I never really enjoyed, so I'm more open to watching the missing episodes now (although, since finishing Doom Coalition 2, I've gone back to the original Big Finish Doctor Who audio stories, and am struggling to listen to Charley Pollard without thinking "What's the girl from MasterChef doing in Doctor Who?") I'm absolutely loving the Second Doctor stories- Patrick Troughton is simply amazing. I'm honestly enjoying them more than Series 10. The First, I'm enduring. I was looking forward to The Dalek Invasion of Earth, especially having read Legacy of the Daleks, but it was honestly a bit of a disappointment- save for the First Doctor hitting a Roboman with his walking stick.

Despite my lack of experience with Second Doctor serials, from what I had seen in The War Games, The Three Doctors, The Five Doctors and The Two Doctors, I comfortably concluded pretty early on that Patrick Troughton is my favourite Doctor of the "Classic" era, and that hasn't changed since around 2013 (at a guess). Since listening to the EDAs (from around June 2016), I have found a firmly cemented favourite companion in Lucie Miller, and Paul McGann has risen to third in my hierarchy of Doctor-favouritism, succeeding Patrick Troughton (only a very close second!), with Peter Davison in fourth (he was my first. Aww). But nobody will outclass the wonderful verisimilitude of David Tennant, who in my opinion is the best Doctor, and probably will remain so for my lifetime, which is significantly shorter than that of a Time Lord's.

If you've taken the time to read this voluntarily then, A) thank you, I appreciate your interest, and B) I recommend you see your doctor as soon as possible. And not one called John Smith. Or Johann Schmidt. Or Theet. Etc.

Oh, also, I have a rather large exploding TARDIS tattooed on my back. That may have been the final trigger for me to admit I'm a whovian.

Stories - Watched or not? (TBC)

Stories I really want to watch

Retrieved from "https://tardis.fandom.com/wiki/User:RavenclawDBS?oldid=2489992"
Community content is available under CC-BY-SA unless otherwise noted.