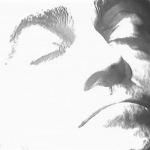 This group does not affiliate itself with any party.

Who am I kidding?? I LOVE parties!

I didn't start getting interested in Doctor Who until the mid 1980's when the local Public Broadcasting Service station started broadcasting the Fourth Doctor episodes, long after Tom Baker has left the show. After that, I sort of stopped watching (mostly because I didn't want to be labeled a "whovian") and regained interested in 2013 for the 50th Anniversary. In my "free time", I've been able to use the TARDIScore to discover more information than anyone should really have about the franchise and I've been able to pass my love of the Doctor to my son by subjecting him to old shows I've been able to find. (Just kidding, he's become a big fan and we watch 12th Doctor episodes together when they're shown on BBC America).

Thanks for checking out the profile and keep your screwdrivers handy.

Retrieved from "https://tardis.fandom.com/wiki/User:Mister_Fifty?oldid=2355478"
Community content is available under CC-BY-SA unless otherwise noted.