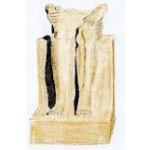 Me and Doctor Who Edit

I've been watching Doctor Who since 2008... or at least I know Doctor Who since 2008. I've gotting in touch with it because of a You Tube video. It was truly love at first sight. Still there was still a long time to go until I watched my first episode. My father bought me the first series in german about three years later and for the better part of three years I probably only watched Doctor Who. I remember feeling especially hooked after series three (still one of the best series of the show in my opinion). After being stuck at series 8 because it wasn't out yet I discovered Wikia and with it the Doctor Who Wiki (german one) and a bit later on the Tardis Data Core. It inspired me to really get into the DWU and also sparked a lot of interest in the old show. So basically I was just editing for an entire year almost every day on the german wiki of Doctor Who and watched the old show on my second screen (admittedly not in a very legal way but hey, I was 15 and lived in germany so that's my excuse :D) With the release of series 9 I also started editing a few things here amd there on the Tardis Data Core but it wasn't anything serious or fleshed out. It really grew on me and somehow just turned into my go to wiki after some time. I then began reading the adaptations of the episodes and the Virgin New Adventures but since Doctor Who went into a two year hiatus after series 9 and I began my a levels I kind of "lost interest" I guess you could say. Now with the new doctor and team Tardis I'm on board again and hope to improve the wiki in any way I can. Thank you for reading. Later!

Retrieved from "https://tardis.fandom.com/wiki/User:Mentuhotep_I?oldid=2833309"
Community content is available under CC-BY-SA unless otherwise noted.