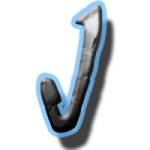 Hello. My real name is Jonathan (or Jonny) Campbell (Not to be confused with Jonny Campbell), and I have been a Doctor Who fan since 2006.

I am 15 years old, own a cat, spend a lot of time watching Doctor Who episodes on the BBC iPlayer, and on my iPod, and also I am a Star Wars geek (although I am more of a Doctor Who geek than a Star Wars geek, mostly (no, wait, entirely) due to this wiki and hours of research.

The first Doctor Who episode I saw was TV:The Parting of the Ways, and I vowed not to see the program again - the Daleks were kinda freaky. Laugh if you will, I hadn't seen the Daleks before, and I thought they were scary (I was 10 at the time...). As such, I missed out on TV:The Christmas Invasion and the first three episodes of series 2.

I got back into the program again with TV:The Girl in the Fireplace, but was thrown off yet again by the Ood. Quite ironically, the Daleks, having disencouraged me from watching the series made me see the series in a different light with TV:Doomsday. From that moment on, I became a devoted fan of the series, although I did miss TV:Blink. I have started to watch old series as well, although I haven't seen a lot of episodes.

Also, I have procured tickets for the Doctor Who prom later this year. It's going to be awesome.

Anyway, Doctor Who history over.

Favourite Doctor: Either the Eleventh Doctor or the Fourth Doctor.

Least favourite companion: Rose Tyler - she's appeared one too many times during the RTD era, if you ask me.

Retrieved from "https://tardis.fandom.com/wiki/User:Johnuva?oldid=2266212"
Community content is available under CC-BY-SA unless otherwise noted.