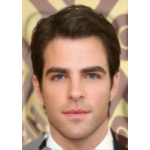 Profile photo is not of me (I can but dream). It's a Chris Pine/Zachary Quinto merge-morph I did.

The first I learned about Doctor Who was when I stumbled across an episode of The Hand of Fear. I had no idea what the heck was happening. Who is this Fourth Doctor? Who is Eldrad? Who is Sarah Jane? Why is she leaving? I was thoroughly confused, yet hooked.

Who folks I’ve met at conventions:

Some of my other serious fictional interests are H. P. Lovecraft, Sherlock Holmes and Shakespeare. Which is why some of my favorite Who novels are All-Consuming Fire and The Empire of Glass (thank you, Andy Lane).

In no particular order

Retrieved from "https://tardis.fandom.com/wiki/User:Ebyabe?oldid=2741774"
Community content is available under CC-BY-SA unless otherwise noted.