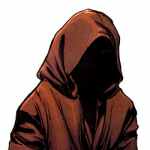 Hello, I'm DarkXaven. I was born in 1990, early on in the Wilderness Years, so I grew up not knowing about Doctor Who, except for a mention here or there. It wasn't until 2006, after I'd gotten my computer, that I first learned of the show. My sister was the one who discovered it and mentioned it to me. I watched the first episode of the new series and loved it. However, I could remember those times that I had heard the name of the show before, so I began to dig backwards. After learning about the classic series and the TV Movie, I decided to start at the beginning, with An Unearthly Child, and work my way forward. It was a long process, but I did eventually catch up with the new series partway through Series 3. Having a lot of time on my hands only helped me succeed with catching up.

Retrieved from "https://tardis.fandom.com/wiki/User:DarkXaven?oldid=2154893"
Community content is available under CC-BY-SA unless otherwise noted.