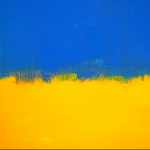 1. The Dream Lord
2. The Silence
3. The Weeping Angels
4. The Progenitor Daleks

1. A Christmas Carol
2. The Pandorica Opens / The Big Bang
3. The Impossible Astronaut / Day of the Moon
4. The Eleventh Hour
5. Space / Time

Hey, I'm Bold Clone, a Doctor Who fan that's enjoying Series 10 and looking forward to the Thirteenth Doctor! I joined here back back in June '10, so I think I've gotten the hang of this wiki. I tend to be something of a stubborn person, so I'll just throw that at out at you now. I'm going to be taking some time off from this wiki for a while. Thanks for visiting this page, and feel free to make yourself at home here!

Well if it doesn't [believe me], I shall beat it into submission with my charm.Attack of the Cybermen

You can always judge a man by the quality of his enemies.Remembrance of the Daleks

Anybody remotely interesting is mad in some way or another.The Greatest Show in the Galaxy

"What's the point of being grown-up if you can't act childish at times?"The Fourth Doctor, Robot

Kazran: "If you're my new babysitter, why are you climbing in the window?"
Doctor: "Because if I was climbing out of the window, I'd be going in the wrong direction. Pay attention."The young Kazran Sardick and the Eleventh Doctor, A Christmas Carol

Kazran: "Are you really a babysitter?"
The Doctor: "I think you'll find that I'm universally recognized as a mature and responsible adult." [shows Kazran the psychic paper]
Kazran: "...it's just a lot of wavy lines."
Doctor: [looks at the paper] "...yeah, it shorted out. Finally, a lie too big. Yeah, not really a babysitter, but this Christmas Eve, you don't want a real one. You want me."
Kazran: "Why? What's so special about you?"
Doctor: "Have you ever seen Mary Poppins?"
Kazran "No."
Doctor: "Good, because that comparison would have been rubbish.The young Kazran Sardick and the Eleventh Doctor, A Christmas Carol

"You might want to get down here sir, she's doing it again. Doctor Song, sir, she's...packing. Says she's going to some planet called "America"."Prison guard, The Impossible Astronaut

"So, we're in a box that's bigger on the inside and it travels through time and space? How long have Scotland Yard had this?"Canton Delaware, The Impossible Astronaut

After watching a lot of both the Classics and NuWho, I've come across a lot of villains I wish they would revive or return for the new series:

Retrieved from "https://tardis.fandom.com/wiki/User:Bold_Clone?oldid=2393969"
Community content is available under CC-BY-SA unless otherwise noted.