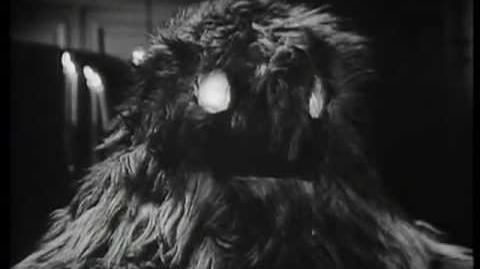 Robot Yeti were servitors created by the Great Intelligence, originally as protectors before using them as an army. They may have been based on living Tibetan Yeti. However, because no living Yeti were ever definitively studied, it was also possible that the robotic Yeti was the source of the myth.

The Yeti robots were large and hairy to disguise themselves in the Himalayas. Their claws, feet, and eyes were the only parts not covered in fur; their claws and feet were black and bumpy, their teeth yellow, and their eyes green. The "Mark I"s were bigger and more bear-like, whereas the "Mark II"s in London had better-defined hands capable of wielding web-guns. These Yeti had flaps at their chest which hid the control spheres that provided their motive power, serving as a brain. Yeti could also be directed somewhere through the use of a locus. Until activated, Yeti could stand immobile for long periods, completely shutdown and unaware of what went on around them. When instructions did arrive they would come to life and begin moving.

Beware species with the same name 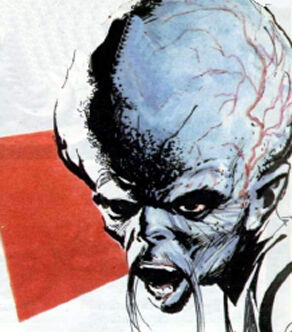 Not the Vogan you were expecting?

The show's been on forever. Some species names are simply going to get reused. One of the most obvious are the Vogans. Most fans remember the Vogan from season 12's Revenge of the Cybermen. But there's also the Vogans that plagued the Third Doctor…

The top-level category for species is category:species. We know what you're thinking: "Why did we make it to difficult to figure out?" Well, the admin staff of this wiki delight in making things as hard to figure out as possible. .

When it comes to identifying where a species comes from, surely there's no cooler concept than other dimension species! 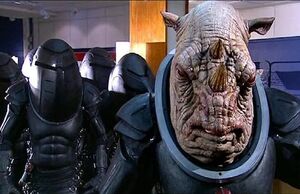 How can you not love a Judoon platoon upon the Moon?

If you like alien species that are based on Earth animals, you're in luck. All you have to do is go to the page of an Earth mammal and check out the "looks like" box. For instance, if you wanna know what aliens look like elephants, just go that pachyderm's page and find yourself a breadcrumb at the top of the page.

One of the cooler species categories is species by biology. Take a gander! That category will help you find species by the special biology they have. Aquatic species, energy beings, species with binary vascular systems — they're all here waiting for you.

Maybe no publication has been so active in the creation of off-the-wall species than Doctor Who Adventures. Some of the funkiest names in DWU history come from that mag. Both Homozillians and Hussuloofian come from DWA – and we've not even looked outside the hs.

Sometimes, our category names get very specific so that they're clearly worded. A nice, wordy category is the surprisingly helpful Species influential to Earth's past

Regrettably, there's an awful lot of slavery in the Doctor Who universe. That's why we absolutely need a large-isn category like slave species.