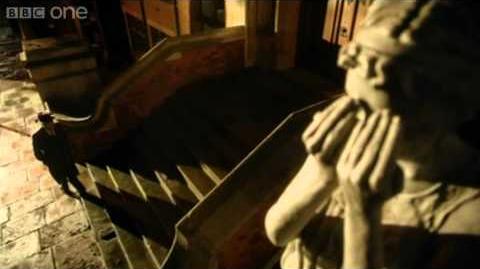 New York City was a city in New York state and one of the largest and most impressive cities in the United States of America, described by Sam Garner as "the city of a million stories" — and by the Eighth Doctor as a city where the traffic was always terrible. The Doctor visited New York on many occasions, beginning with his very first incarnation. Many of his adventures included a stop by obvious landmarks like the Statue of Liberty, Wall Street and the Empire State Building. Sometimes, he tried to avail himself of the city's renowned commercial facilities, as when he once tried to patent and mass manufacture a household robot. The Daleks notably invaded the city during the Great Depression, but were defeated at high cost by the Tenth Doctor and Martha Jones. Likewise, the Weeping Angels held sway at the Winter Quay for a number of years, until the reality they created was banished as an alternative timeline. Nevertheless, they did not give up their hold on the city quietly, and managed to kill companions Amy Pond and Rory Williams on their way out of town.

Jack Harkness also visited the city on diverse occasions, and sometimes even died there. He also fell in love with an Italian immigrant at Ellis Island — someone who would later become crucially important to the Miracle Day phenomenon.

Locations come in all shapes and sizes. But we've made it exceedingly easy to figure out how to start looking up locations. Just go to category:locations, and start working your way down. 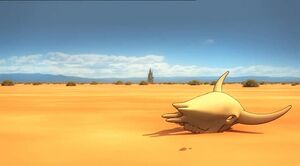 Why yes, there have been stories set in New Mexico.

Wanna see whether there have been DWU stories set in your neck of the woods? A good place to start might be our categories about regional governments. Take a stroll through:

(And yes, we know there are more places than this in the world, but it's a start!)

We like to study the natural features of the DWU. So take a look at:

Where have you been, Doctor?

Sometimes, you want to look at places in terms of whether a specific incarnation of the Doctor has visited there. We've tried to make that easy by offering up a whole branch of categories under locations visited by the Doctor. Want to discover the planets visited by the Third Doctor because you thought he was exiled to Earth and never went anywhere? Or maybe you're interested in what cities the Tenth Doctor went to.

Other planets, other places 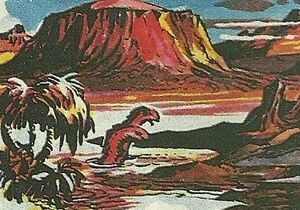 While on the Dalek homeworld, don't miss the fabulously scenic ... Lake of Mutations!

Sure, the Doctor spends a heck of a lot of his time exploring Earth. But quite a lot is known about the geography of other worlds, too. Check out category:locations by planet to visit places like Skaro's Ocean of Ooze, or the great Martian cities or places to see on New Earth.

Go where almost nobody knows your name

Being a British franchise, Doctor Who has more than its fair share of places to get a drink. Step past the swinging saloon doors at bars and pubs. 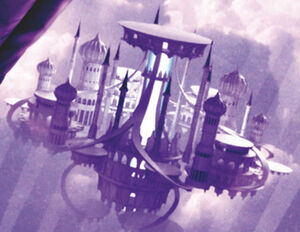 Although the Doctor spends an awful lot of time on the ground, it should come as no surprise that he's walked a few space station corridors in his time. Here's the list we're working on now...

Time is a location

Doctor Who being a show about time travel, it should perhaps come as no surprise that there are such things as temporal locations, too.

The Streets of San Francisco? 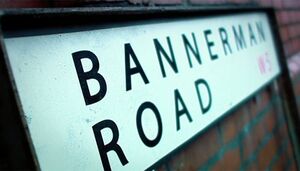 You've heard of trainspotters? Well, we're street spotters around here. Seriously, we love our city infrastructure, but especially streets. Yes, we tend to care most about English streets, but believe it or not, we know quite a lot about how to get around streets in Buenos Aires, thanks to Torchwood: Miracle Day. (So that's one good thing about that series.)