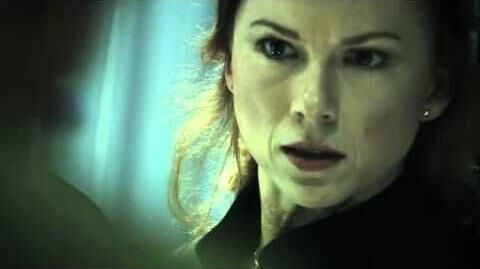 K9 was a television programme that was built on writer Bob Baker's ownership of the concept of K9, as well as some of the business contacts he had as a consequence of his success with the Wallace and Grommit series of short films. Baker had been trying to leverage his rights to K9 for years, and the robot dog's reintroduction to new audiences in the Doctor Who episode School Reunion allowed him to shop the character to a new generation of producers and would-be financiers. It was produced in Australia by Park Entertainment and Stewart & Wall Entertainment under the auspices of Metal Mutt Productions, Baker's business identity. K9 premiered worldwide between 2009 and 2010, though some countries, like the United States had to wait as late as 2012 for their national debuts.

Though made in Australia, it was set in the London of 2050, and involved a new version of the robot dog. It posited a slightly dystopian future in which individuality and free thought was somewhat dampened by a sinister government agency called simply "the Department". Each of the twenty-odd episodes fit loosely into an overall narrative arc that was eventually wrapped up in the finale.

So why is it K9 and not K-9? Because this evidently the original form of the name, and also the way used most often in print. It's important for wiki functionality that we choose one way of spelling it, and stick to it. Interested in reading more? Is it even possible that you could be? If so, read this background note

K9 literally required a global financing deal. It is one of the many subjects we deal with on this wiki that have practically no involvement by the British Broadcasting Corporation, and arguably one of the most notable. Heck, they didn't even exhibit it in the United Kingdom. The essential rights to the series are held by Metal Mutt Productions.

Love is in the air

Unlike The Sarah Jane Adventures, which really didn't have any overt romance for its younger characters until the last couple of episodes, K9 almost immediately suggested a love triangle between its three stars. Then, as the season progressed, the question of whether Jorjie would end up with Starkey or Darius became more urgent. We never quite found out, but at least we got a kiss here and there.