You may wish to consult Torchwood (disambiguation) for other, similarly-named pages.

Torchwood was a multi-media Doctor Who spin-off series about the adventures of Jack Harkness and the Torchwood Institute.

Originally created as a television show by Russell T Davies in 2005, Torchwood was the first TV spin-off of Doctor Who to be commissioned for a full 13-part series. The first four series, produced by BBC Wales, were supplemented by BBC Books novels, BBC Audio audio stories, and Titan Publishing Group comics and short stories. The fourth series, released in 2011, was co-produced with the American cable network Starz and was accompanied by an animated online serial.

In 2015, Big Finish Productions began an ongoing series of monthly Torchwood audio dramas, and in 2017 they began an official continuation of the television show under the title Torchwood: The Story Continues.

In 2002, before the revival of Doctor Who, Russell T Davies began to develop an idea for a science-fiction/crime drama in the style of American fantasy drama series like Buffy the Vampire Slayer and its spin-off series, Angel.[source needed]

This idea, originally titled Excalibur, was abandoned until 2005, when BBC Three Controller Stuart Murphy invited Davies to develop a post-watershed science fiction series for the channel. The word "Torchwood" (an anagram of "Doctor Who") originated during production of the new Doctor Who series, when television pirates were eager to get their hands on the tapes. Someone in the production office suggested that the tapes be labelled "Torchwood" instead of "Doctor Who" to disguise their contents as they were being sent to London. Davies thought that this was a clever idea and remembered the name.

The series was set in contemporary Cardiff and followed the Welsh branch of a covert agency called the Torchwood Institute, which investigates extraterrestrial incidents on Earth and scavenges alien technology for its own use. As established in the Doctor Who episodes Tooth and Claw and Army of Ghosts, the Institute had been formed by Queen Victoria following an incident involving the Tenth Doctor and a werewolf, ostensibly to protect the British Empire from aliens and other creatures — as well as from the Doctor himself.

To paraphrase Torchwood Three's commander-in-chief, Jack Harkness, the organisation was separate from the government, outside the police, and beyond the United Nations (the last reference thereby placing Torchwood in a different realm than UNIT).

Although a secret organisation, the existence of Torchwood was known by the public, and Torchwood operatives made no secret of their identity when on duty. Their public perception was as merely a "special ops" group, with their true responsibilities kept secret to all but a select few. Regular characters included Gwen Cooper, Jack Harkness, Ianto Jones, Toshiko Sato, Owen Harper, Rex Matheson and Esther Drummond. Martha Jones, Suzie Costello, and Vera Juarez have also been portrayed as part of the Torchwood team led by Harkness. Semi-regulars Rhys Williams and Sgt Andy Davidson are the only non-Torchwood members who recurred across all televised series.

The events of the first series took place some time after the Doctor Who Doomsday series two finale, in which Torchwood's London headquarters was destroyed, and just before the series three finale. Though the series has not yet featured the Doctor himself, the materialisation sound of the Doctor's TARDIS was heard in the final episode of season one, which led directly into the Doctor Who episode Utopia, and other dialogue references have been made, notably in the Torchwood: Miracle Day arc. Likewise, the appearance of Martha Jones in the second series provided vital continuity between third and fourth series of Doctor Who. Conversely, Jack, as well as his team of Gwen Cooper and Ianto Jones featured (and former team members Owen Harper and Toshiko Sato are mentioned) in the last two episodes of the fourth series of Doctor Who.

In a 17 October 2005 announcement unveiling the series, BBC Three controller Stuart Murphy described Torchwood as "sinister and psychological...As well as being very British and modern and real." Davies further described it as "a British sci-fi paranoid thriller, a cop show with a sense of humour. [...] Dark, wild and sexy, it's The X-Files meets This Life."[source needed] Davies later denied ever making this comparison, instead describing the show as "alleyways, rain, the city".[source needed]

As Torchwood was a post-watershed show — that is, after 9 p.m. — it had more mature content than Doctor Who. Davies told SFX: "We can be a bit more visceral, more violent, and more sexual, if we want to. Though bear in mind that it's very teenage to indulge yourself in blood and gore, and Torchwood is going to be smarter than that. But it's the essential difference between BBC One at 7 pm, and BBC Three at, say, 9 pm. That says it all — instinctively, every viewer can see the huge difference there."[source needed]

Davies also joked to a BBC Radio Wales interviewer that he was "not allowed" to refer to the programme as "Doctor Who for grown-ups".[source needed] The first and second series included content never before seen or heard in televised Doctor Who, including intense sex scenes (e.g. Day One, Out of Time, Dead of Night), same-sex kissing in a romantic/sexual context (e.g. Cyberwoman, Captain Jack Harkness), and use of extreme profanity in several episodes. Such content was controversial,[source needed] and, as the series progressed, such scenes were minimised, to the point where, by series 3, relatively little of this content remained.

The show's first two series shared the format used by Doctor Who at the time, thirteen episodes aired weekly over a span of months. However, the format changed in the third season, which was one five-part story, Children of Earth, written by Russell T. Davies and released over the course of a week in July 2009. The fourth season, a 2011 coproduction between BBC Wales and Starz, similarly took the form of one long story, Miracle Day, but stretched across ten episodes. No fifth series followed on television.

In 2015, Big Finish Productions began releasing monthly Torchwood audios, including some set following the events of Miracle Day. This led to their 2017 announcement that, with the cooperation of Russell T. Davies, they would be releasing a fifth series of Torchwood on audio.[1] Like series 3 and 4, it was marketed under the subtitle Aliens Among Us. It was followed by series 6, God Among Us, in 2018.[2]

12 October 2016 marked the 10th anniversary of Torchwood. In celebration, cast and crew were invited to the Chapter Arts Centre in Cardiff, and a special screening of the very first ever episode was shown for the fans.[3] Big Finish also produced a special audio story to celebrate the show's anniversary.[source needed]

Main article: Aliens Among Us

Main article: God Among Us

Torchwood The Official Magazine was a title launched in 2008 and published by Titan Publishing Group, that ran for twenty-five issues. The licence expired as a consequence of a realignment of Torchwood merchandising in response to the BBC's co-production agreement with Starz.

To The Sarah Jane Adventures

From The Sarah Jane Adventures

John Barrowman, in an 2010 interview with The Scottish Sun, said that he expected Torchwood to run until 2017.[4]

However, Russell T Davies stated in October 2012 that for personal reasons the show was on an indefinite hiatus.[5][6]

In an interview with Robert Nashak of BBC Worldwide, it was revealed that the BBC were looking into creating a game for Torchwood. Whether these would be in the form of The Adventure Games, or for retail on platforms, is unknown. [7]

According to Russell T Davies in The Writer's Tale - The Final Chapter, two former members of the pop group ABBA issued a proposal for a stage musical based upon Torchwood. The proposal was rejected, and in his book Davies strongly indicates that the idea was never taken seriously.[8]

In January 2010 US media reported that Davies, Julie Gardner and Jane Tranter were planning a US version of Torchwood for the Fox network, which had previously aired the 1996 Doctor Who TV movie. According to the reports, Barrowman and other original cast members may have appeared. The media coverage did not indicate whether or not the series was expected to be a remake/standalone, or if it would tie in with existing Whoniverse continuity. On the 20th January 2010 it was announced that Fox had ordered a pilot script for a US version of Torchwood from BBC Worldwide.[9] On 21st April 2010, however, BBC Worldwide announced that Fox had chosen not to proceed with the series, which according to the BBC was to have been a 13-episode, serialised programme, similar to the UK original.[10]

The show was later picked up by the American network Starz, which co-produced the fourth series. 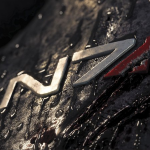