The Wheel in Space (novelisation)

The Wheel in Space

The Wheel in Space

When the TARDIS rematerialises inside a rocket the Doctor and Jamie are alarmed by the presence of a hostile Servo-Robot. They discover that the rocket is drifting in the orbit of a giant space station - the Wheel in Space.

Once inside this magnificent space ship they are bewildered by its complexity and sheer size. The technicians and programmers are highly trained, but who are they working for?

Suspecting the worst, the Doctor is still horrified to find the deadly Cybermen in control. What evil plan are they plotting? Who or what are the Cybermats? Can the Doctor trust anyone on board to help him stop the Wheel as it spins relentlessly through space?

This Target Book was released as an audiobook on 5 August 2021 complete and unabridged by BBC Audio and read by David Troughton with Cyberman voices by Nicholas Briggs. 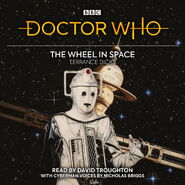 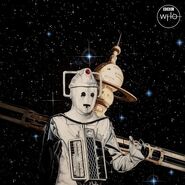