You may be looking for the War Doctor.

The War Doctor was an audio series produced by Big Finish Productions beginning in 2015. It starred the War Doctor, played by John Hurt. The series initially ran for four anthologies, of three stories each, with the final segment released in 23 February 2017, only one month after John Hurt's death on 25 January of that same year.

Producer David Richardson confirmed in DWM 555 that a fifth box set was in planning stages, which would have featured the return of the General, but was cancelled following John's death.

The audio series The Eighth Doctor: Time War served as prequels to these stories. In 2021 the series continued, with the The War Doctor Begins sub-series, featuring Jonathon Carley as a young War Doctor, picking up directly from the webcast The Night of the Doctor.

A few years after Hurt passed away, the War Doctor was recast, with Jonathon Carley playing a younger version on the War Doctor, picking up immediately after the events of The Night of the Doctor. 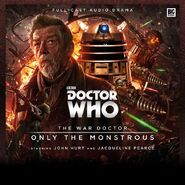 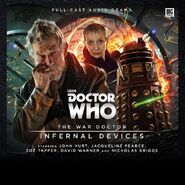 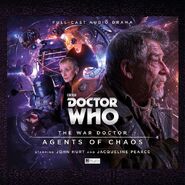 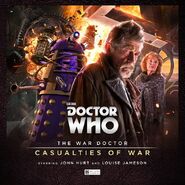 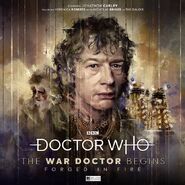 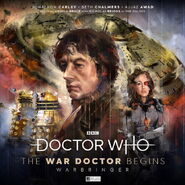 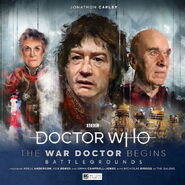