The Unbound Universe was a full cast audio anthology released in 25 August 2016 by Big Finish Productions, and the third release of The New Adventures of Bernice Summerfield.

The wrong Doctor, the wrong universe, a whole heap of trouble – Bernice Summerfield is having a really bad day.

3.1 The Library in the Body by James Goss

In a dying reality knowledge is the only thing left of value — and the Kareem have come to destroy it. Can Bernice, the Doctor save the last library?

Bernice and the Doctor land on a planet so dull no one ever bothered naming it. Finally something interesting is about to happen here.

Tramatz is an idyllic world – the rivers hum to themselves, unicorns prance through the emerald forests, and, at the very corner of your eye, is a horrible secret.

3.4 The Emporium At The End by Emma Reeves

The Last Song has been sung, and the final days of the universe have begun. Everyone flees to the gateway – to find that The Emporium At The End is having a closing down sale. 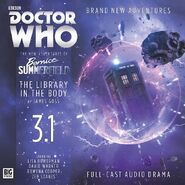 The Library in the Body 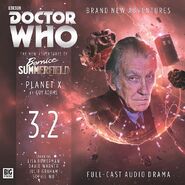 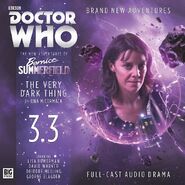 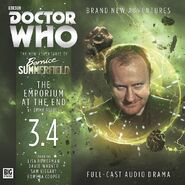 The Emporium At The End