Edit
watch 01:33
House of the Dragon Trailer - The Loop
Do you like this video?
Play Sound

The Three Companions was a twelve-part mini-series. It was included on the main Doctor Who range as a bonus between April 2009 and February 2010. Each episode was ten minutes long, making a two hour play in total. The entire story was collected in a compilation on The Companion Chronicles: The Specials CD box set.

Polly Wright has tracked down an old friend of the Doctor's... Alistair Gordon Lethbridge-Stewart, former Brigadier at UNIT. As they trade stories of their time travelling in the TARDIS, it soon becomes clear that their pasts are intertwined, and linked to a current crisis on the planet Earth. And there's a third companion, watching them from a distance. A certain Thomas Brewster...

The present day: Polly Wright, former companion of the Second Doctor, tracks down Sir Alistair Gordon Lethbridge-Stewart via the Internet. As they chat online, they realise that they have a shared experience - and one that began on a world far away. (Included on The Magic Mousetrap)

The Doctor, Polly, Ben Jackson and Jamie McCrimmon are trapped on a doomed world scheduled for cremation. What are the coffin-loaders and why does Lethbridge-Stewart remember them too? (Included on Enemy of the Daleks)

On a planet scheduled for cremation in thirty-five minutes, the Doctor, Polly, Ben and Jamie meet an unlikely ally. (Included on The Angel of Scutari)

As the end of a world approaches, Polly, Ben and Jamie attempt to escape the Gathernaut. (Included on The Company of Friends)

Polly's tale is over, but now Lethbridge-Stewart shares his story of a rare excursion in the TARDIS, when the Third Doctor answered a distress call from a distant galaxy. What is the secret of Waterloo Station? (Included on Patient Zero)

In a place that looks like a jumbled-up Earth, the Third Doctor and the Brigadier have met a woman who looks just like Polly Wright, but she isn't. Meanwhile, in the real world, the real Polly has a new acquaintance – a young man called Thomas Brewster. (Included on Paper Cuts)

The Brigadier and the Third Doctor are fighting for survival on a model world that looks like Earth. Why are there facsimiles of Polly Wright here and who is the mysterious Garry Lendler? No one is more anxious to find out than Thomas Brewster... (Included on Blue Forgotten Planet)

The Battle of World's End Junction (8)[]

Cornered by the coffin loaders, the Doctor and the Brigadier make their last stand at World's End Junction. Meanwhile, the mysterious Thomas Brewster finally prepares to step out from the shadows... (Included on Castle of Fear)

In a café, three strangers meet: Polly, the Brigadier and Thomas Brewster. They share one thing in common – they have all travelled in time and space with the Doctor. Now the Doctor isn't here, and the world is in terrible danger... (Included on The Eternal Summer)

As Polly and the Brigadier become acquainted with Thomas Brewster, chaos erupts. UNIT troops are on the streets of London and the Hunter is on the prowl... (Included on Plague of the Daleks)

With the coffin loader on the rampage in London, Polly, the Brigadier and Brewster meet an old acquaintance. Can he cure the planet's accelerated global warming? (Included on A Thousand Tiny Wings)

As London floods, can Polly and Thomas Brewster save the Brigadier from the clutches of the Hunter? (Included on Survival of the Fittest) 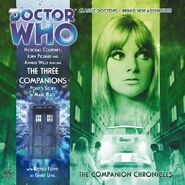 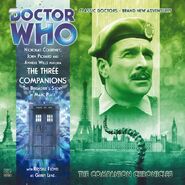 Compilation cover for The Brigadier's Story 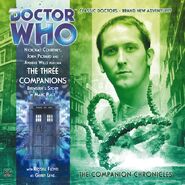