The Sword of the Chevalier (audio story)

The Sword of the Chevalier

The Sword of the Chevalier was the second story in the The Tenth Doctor Adventures: Volume Two, produced by Big Finish Productions. It was written by Guy Adams and featured David Tennant as the Tenth Doctor and Billie Piper as Rose Tyler.

1791 and the Doctor and Rose get to meet one of the most enigmatic, thrilling and important people in history: The Chevalier d'Eon. She used to be known as a spy, but then she used to be known as a lot of things. If there’s one thing the Doctor knows it’s that identity is what you make it. Choose a life for yourself and be proud. Mind you, if the Consortium of the Obsidian Asp get their way, all lives may soon be over... 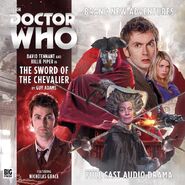 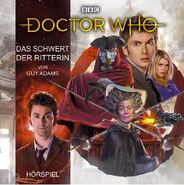