The New Adventures of Bernice Summerfield — 2014

You may be looking for the audio series to which this anthology belongs.

A new five-disc box set featuring the adventures of archaeologist Bernice Summerfield and her friends the Doctor and Ace!

1.1 The Revolution by Nev Fountain

On the planet of Arviem 2, Bernice Summerfield has a lot of problems. Pursued by robots, maniacs and miracles, she has another issue to contend with. The Doctor's come looking for her – and he's not feeling himself.

Bernice has come to the Moon of Adolin on a desperate mission. Instead, she finds an abandoned labyrinth, two confused survivors, and something ancient that needs her help.

1.4 The Lights of Skaro by James Goss

Bernice Summerfield is on Skaro, and she's very much on her own. The Doctor can't get to her, not this time. All Benny can do is stay alive for as long as possible. And, in a city full of Daleks, that's not going to be very long. 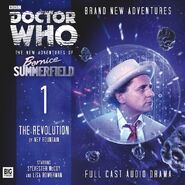 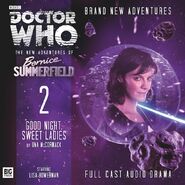 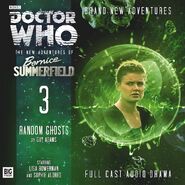 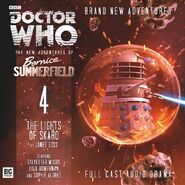 The Lights of Skaro