The Jago & Litefoot Revival was the third story of the seventh season of Big Finish Productions' Short Trips series. It was released to celebrate the 40th anniversary of The Talons of Weng-Chiang.

Tonight's lecture to the Club for Curious Scientific Men will be given by Professor George Litefoot, pathologist - assisted by his esteemed colleague Mr Henry Gordon Jago, theatrical impressario - who will recount a sequence of outlandish events in London and Greece, ruminate upon the nature of good fortune (or rather its absence), and provide a surprising account of a mercurial old friend. The lecture starts at 7:30 and will include an interval.

Fresh from another superlative season on the boards at the New Regency, we are this evening elated to welcome that master of melodrama, that sultan of story, that king of the cliffhanger Mr Henry Gordon Jago. Tonight, in his usual matchless and majestic manner, he will continue and conclude our captivating chronicle of fortune, change and revivification, with the indispensable assistance of that peerless pathologist, Professor George Litefoot. 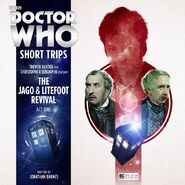 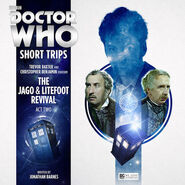 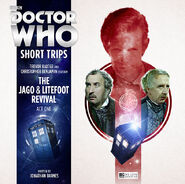 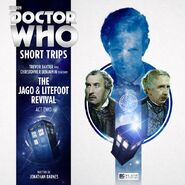 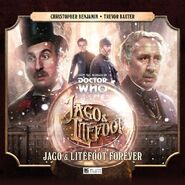