The Ghosts of N-Space (audio story)

The Ghosts of N-Space

The Ghosts of N-Space

The Ghosts of N-Space was a BBC Radio drama recorded in 1994 and released in 1996. It was the second and final audio drama that Jon Pertwee lent his voice to. He passed away a few months later after its broadcast, ending plans for a third instalment.[1]

"When the barrier gives way, this planet will be flooded by all the evil in N-Space; and at the moment I have no idea how to stop it."

The Brigadier's ancient great-uncle Mario seems unsurprised by the spectres which haunt his even more ancient Sicilian castle. But when the Doctor comes to investigate he finds himself faced with a danger as great as any he has yet encountered.

Is the answer to be found in the past, in the corrupt alchemy of the black-hearted sorcerer said to have walled up alive for his evil deeds? Or must the Doctor — and the faithful Sarah Jane Smith — brave the realm of ghosts and face the very fiends of hell?

Produced in 1994, this exciting six-part radio story reunited a classic line-up of actors from the Third Doctor's era. Deleted for several years, it has been remastered and is presented on CD for the first time ever.

Mysterious forces are at work in Italy, where the Brigadier is staying with an Italian relative. As the Doctor is enlisted to investigate mysterious occurrences in the area, which threaten to blur the lines between time periods and the living and the dead. 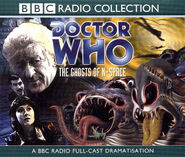 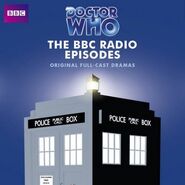 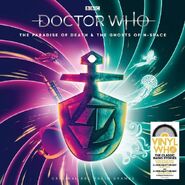