The Fourth Doctor Box Set was an audio anthology released on January 2012 by Big Finish Productions.

The Foe from the Future

The Grange is haunted, so they say. This stately home in the depths of Devon has been the site of many an apparition. And now people are turning up dead. The ghosts are wild in the forest. But the Doctor doesn’t believe in ghosts.

The TARDIS follows a twist in the vortex to the village of Staffham in 1977 and discovers something is very wrong with time. But spectral highwaymen and cavaliers are the least of the Doctor’s worries.

For the Grange is owned by the sinister Jalnik, and Jalnik has a scheme two thousand years in the making. Only the Doctor and Leela stand between him and the destruction of history itself. It’s the biggest adventure of their lives - but do they have the time?

The Valley of Death

A century after his Great-Grandfather Cornelius vanished in the Amazon rainforest, Edward Perkins is journeying to the depths of the jungle to find out what became of his ancestor’s lost expedition. Intrigued by what appears to be a description of a crashed spacecraft in the diaries of that first voyage, the Doctor and Leela join him on his quest. But when their plane runs into trouble and ends up crash landing, everyone gets more than they bargained for.

The jungle is filled with giant creatures and angry tribesmen, all ready to attack. But in the famed lost city of the Maygor tribe, something far, far worse is lurking. Something with an offer to make to mankind. Who are the Lurons and can they be trusted? Will the Doctor defeat the plans of the malevolent Godrin or will he become just another victim of the legendary Valley of Death? 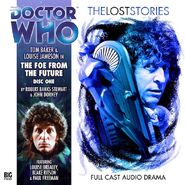 The Foe from the Future disc one 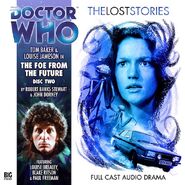 The Foe from the Future disc two 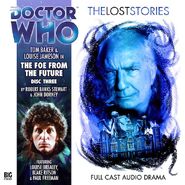 The Foe from the Future disc three 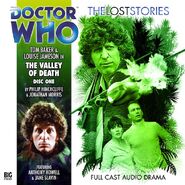 The Valley of Death disc one 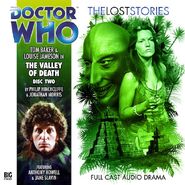 The Valley of Death disc two

Retrieved from "https://tardis.fandom.com/wiki/The_Fourth_Doctor_Box_Set?oldid=2932770"
Community content is available under CC-BY-SA unless otherwise noted.