The Fourth Doctor Adventures Series 7: Volume 2 was a full cast audio anthology released on 16 May 2018 by Big Finish Productions. It featured the Fourth Doctor and Leela.

7.5 The Shadow of London by Justin Richards

The TARDIS materialises in the backstreets of London in the 1940s. Whilst K9 entertains himself in the time ship's library, the Doctor takes Leela for a walk in the streets.

But England's capital is oddly quiet. There are no cars and very few pedestrians... whilst those people they do meet appear really quite English indeed. And all the while they are monitored by cameras feeding images into a secret control room.

Something strange is happening in the city. Traitors are running wild... and nothing and no-one are quite as they seem.

7.6 The Bad Penny by Dan Starkey

In the 1970s, hotelier Ron Tulip is having a difficult time. Many of his customers seem to be absconding without payment. The few who remain complain of strange noises and terrible sleep. And to top it all he's just been summoned to the VIP suite... which is something of a problem as he didn't even realise the hotel had one.

When turbulence in time takes the TARDIS off course, the Doctor and Leela find themselves visiting the same establishment and in the middle of a temporal paradox and a terrible plan.

Because that's the thing about the Cross-Keys hotel.

You can check in... but you can never leave.

The TARDIS crew arrive on the planet Drummond, an Earth colony in the far future where everybody uses handheld computers from morning to night. Rania Chuma is the mastermind behind Rene.net, the datastream network that tells you everything you need to know. Anyone who's anyone uses Rene.net.

But ever since Rania was young she's heard a voice in her head. That voice is the key to Rene.net's success. And it's a voice the Doctor might find familiar.

Whilst Leela chases a thief, the Doctor looks into the planet's datastream and something evil looks back. A subliminal command flashes through Rene.net to Drummond's entire population: 'Kill the Doctor'. When the entire planet is against you, where can you possibly hide?

7.8 The Age of Sutekh by Guy Adams

The world has changed. And the evil Osiran Sutekh is returning.

As blood sacrifices and worship boost the strength of the God of War, servicer robots walk the streets, killing those who have not converted.

Leela is working with the homeless population of the city, while the Doctor co-operates with the police.

A brutal battle is ready to begin. And if the Doctor and his friends fail, everyone in the galaxy will perish. 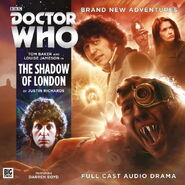 The Shadow of London 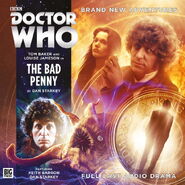 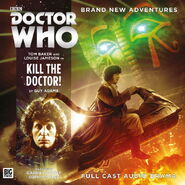 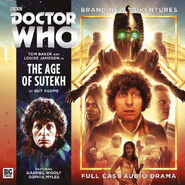 The Age of Sutekh

Retrieved from "https://tardis.fandom.com/wiki/The_Fourth_Doctor_Adventures_Series_7:_Volume_2?oldid=2830948"
Community content is available under CC-BY-SA unless otherwise noted.